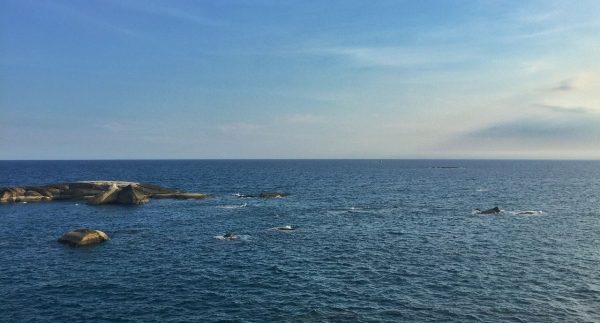 In a joint statement released on April 1, China’s Ministry of Natural Resources, Ministry of Ecology and Environment, Ministry of Transport, and China Coast Guard announced the commencement of an eight-month long “Bihai 2020” (or “Blue Sea 2020”) initiative.

Perhaps because the joint statement was only released in Chinese, with only a brief summary of the initiative reported in English by Xinhua, the Bihai 2020 initiative has not caught the attention of Southeast Asian countries. It is also likely that the seemingly uninteresting and mundane Bihai 2020 announcement was overshadowed by the rising tensions in the South China Sea in recent months. So far, none of the 10 ASEAN members states has responded to the initiative, at least in public. Academic debate on China’s possible motivations and the implications of the initiative is also notably lacking.

Is the Bihai 2020 initiative as innocent as it seems? On the surface, the initiative appears to be solely aimed at enhancing marine environmental protection. However, as noted in the joint statement, law enforcement activities conducted under the initiative would involve coastal and sea patrols, as well as remote monitoring capabilities. This presents a worrying possibility that the initiative could be used by Beijing as yet another justification for the increased presence of Chinese law enforcement vessels in the disputed South China Sea.

Of course, the exact geographical scope of the Bihai 2020 initiative remains ambiguous at present. The joint statement gives no indication whether the law enforcement activities would be carried out only within China’s territorial waters or have a wider application in the disputed South China Sea. Nevertheless, one must not disregard the possibility of the Bihai 2020 initiative turning into another one of Beijing’s unilateral enforcement initiatives in the disputed waters, as in the case of China’s annual fishing moratorium in the South China Sea. Such unilateral actions as part of China wider strategy aimed at establishing de facto control and legitimizing its claims in the disputed waters.

Southeast Asian countries should place more attention on the Bihai 2020 initiative before it turns into another source of conflict.