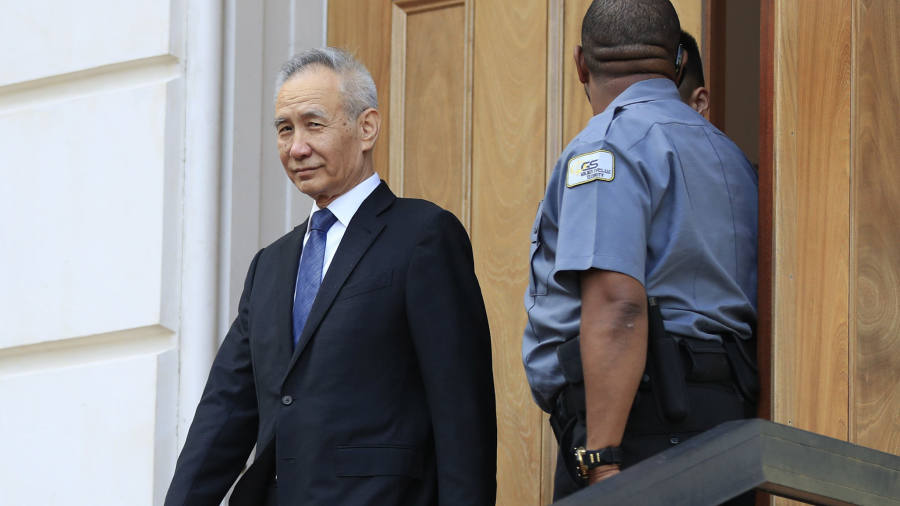 Investors received two rude reminders this week that they cannot afford to ignore political dangers. US president Donald Trump reignited trade tensions and complicated global supply chains by slapping additional tariffs on Chinese imports. And Iran announced it will stop adhering to some of its commitments under the 2015 nuclear accord.

Global stock markets had enjoyed their fourth-best start to a year in almost half a century, powered by signs that economic growth is merely slowing rather than collapsing, a more dovish tone from big central banks, and sanguine expectations that last year’s nascent trade war had been called off.

Mr Trump’s first tweets threatening to raise tariffs therefore came as a shock. The initial reaction of many investors was that this was merely a negotiation ploy but, as it became clear the US was serious and China vowed countermeasures, markets had a “trade tantrum”. Global equities suffered one of their worst weeks since the turmoil of December, and the price of soyabeans slid back to financial crisis lows, on concerns that Chinese retaliation would focus on foodstuffs from the US heartland.

The spat is just one of myriad sources of political uncertainty that could easily make this a choppy year for financial markets. Iran’s announcement, which it blamed on the US’s earlier withdrawal from the nuclear deal, hammered home the practical impact of rising populism on the multilateral system that has enabled global companies to prosper.

In Europe, Italy’s anti-establishment parties continue to unnerve many investors; the final Brexit outcome remains unclear; and the EU is also about to start its own trade talks with the US, which could easily become another bumpy ride.

Quantifying all this is tricky. But the Vix volatility index, known as Wall’s Street’s “fear gauge”, has climbed to its highest level since last year’s market turmoil. A global “economic policy uncertainty index” calculated by three academics using divergences in forecasts and newspaper mentions of uncertainty had climbed to a near record high even before the latest trade spat.

Unfortunately, these are risks that investors are bad at dealing with. Economic fluctuations can be modelled, but markets have always struggled to accurately price in the potential for political shocks. Most of the time, investors opt to ignore them until they become real, at which point it is too late, and the impact can be severe.

Take the 2016 UK vote to leave the EU. The result was surprising, but hardly beyond the realm of possibility, given the opinion polls. Yet sterling suffered the biggest one-day collapse of any major currency since the end of the Bretton Woods system of fixed exchange rates, and global equities lost more than $2tn in value the day after the referendum.

Even today, many big investors say they expect common sense to prevail on the form of Brexit, leading to either a super-soft or cancelled EU departure. This assumption allows them to avoid grappling with the many knotty first, second and third-order implications that a hard rupture would entail. But it leaves the markets vulnerable if reality fails to comply.

“Pure” political dangers — such as brinkmanship over North Korea’s missile programme — are inherently difficult to trade on or hedge against, so markets usually ignore them, and that largely proved true for the Iran news this week. But other risks are more inherently economic, and investors must at some point deal with them, despite the complexities.

Global trade is a good example. Not only is it hard to guess how far the US and China will go, it is also tricky to estimate the economic damage the various measures would wreak. Investors therefore confront a fiendishly complex calculus. If they remain relaxed and markets recover their poise, that could embolden the Trump administration’s protectionist instincts. But if they freak out, the resulting market turmoil could spur the president to backtrack to protect his precious bull market, and make those who panicked look foolish. Given that nobody wants a protracted, mutually-disruptive round of trade sanctions, most analysts profess confidence that a deal will eventually be struck.

But investors may be overestimating the importance that Mr Trump places on rising stock indices. After all, the self-proclaimed Tariff Man can always blame market swoons on the Federal Reserve’s reluctance to cut interest rates and restart quantitative easing — an argument he has been pushing aggressively since last year.

The markets may also be overlooking growing bipartisan support for a tough approach on China. Top Democrats Nancy Pelosi and Chuck Schumer this week urged the president to hold the line. There are real, festering issues that will not be solved swiftly.

The renewed trade tensions are coming at an awful time. The 2018 tit-for-tat moves were easier to digest because economic conditions were decent, and markets were basking in the impact of the previous year’s US tax cut. Today, those positive factors have largely faded. If markets turn volatile again, it could reinforce the impact of a trade war on a still vulnerable global economy and reawaken recessionary fears.