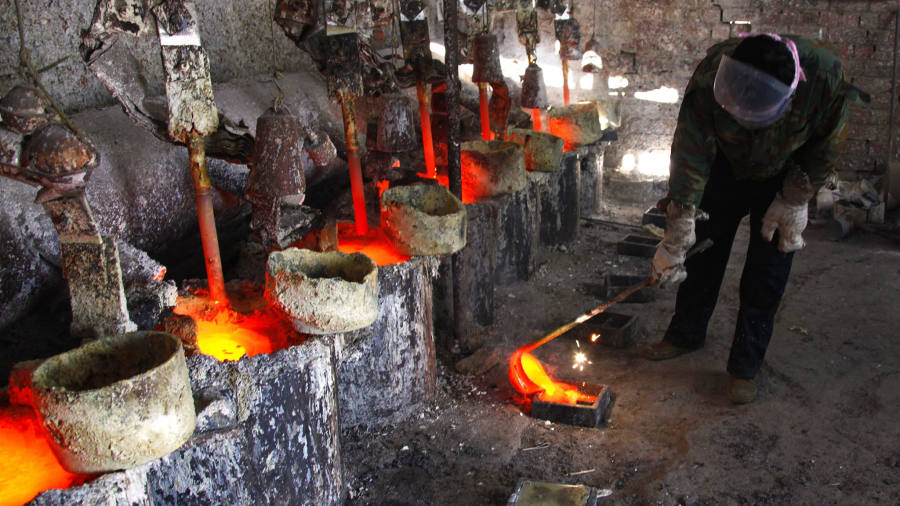 “Rare earths” sound like materials warlocks would temper weapons with in a fantasy epic. But they are core elements in a high-tech trade war that is painfully real for business. The group of 17 metals are used in everything from electric car motors to smartphones. China, with 80 per cent of world supply, has threatened to ban exports to the US.

It is a potent warning. A ban would hurt many US companies. This would show that President Donald Trump’s attack on telecoms group Huawei has a cost. In a long-running conflict, China’s rare earth advantage would not last though.

About half the world’s deposits of elements such as Samarium and Yttrium are outside China. Chinese dominance results from low processing costs. After Mr Trump signed an executive order intended to reduce US dependence on Chinese rare earths, reliance actually increased.

A Chinese export ban would raise prices, stimulating non-Chinese output rather more effectively. Higher margins would more than offset the fall in demand.

US chemicals group Blue Line is already working with Australian miner Lynas on a Texas processing facility. Shares of the biggest non-Chinese rare earth metal producer are up 74 per cent this year.

China would be taking big risks. As supply diversified, its rare earths dominance would slip. New technologies could reduce demand for the elements. Japanese automakers went down this path after China banned exports following a territorial dispute in 2010.

But it would take foreign producers at least two years to catch up with China. Until then, China can make life miserable for high-tech US businesses and remunerative for shrewd commodity traders and miners.