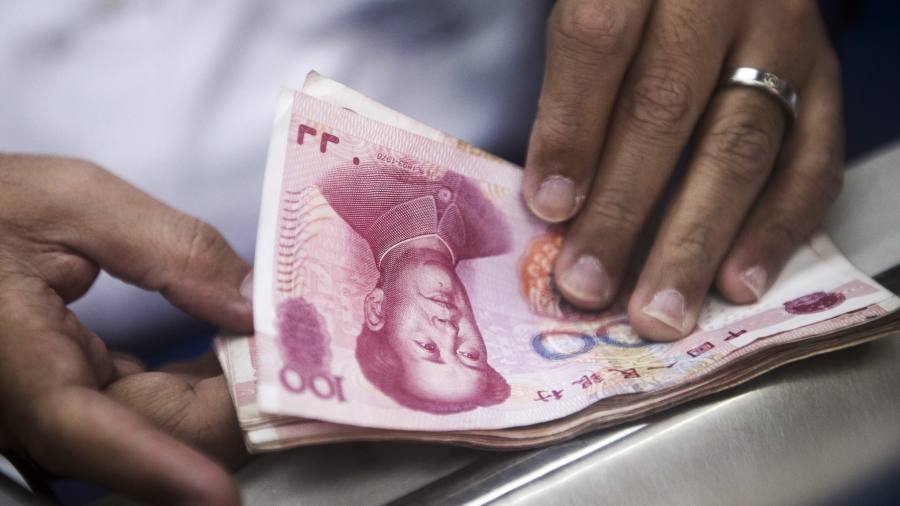 The renminbi exchange rate has a new symbolic number for traders to obsess over. For nearly a decade before 2005, the figure implanted in investors’ minds was 8.28, the level at which Beijing targeted its currency against the dollar. Pleas, enticements and threats from the US to let it rise were finally rewarded in 2005 when China let the currency appreciate. After repegging it during the financial crisis in 2008-10 Beijing has since broadly followed a policy of managing the currency’s movements to prevent instability.

Recently, the renminbi has been hovering around a symbolic level of 7 to the dollar — round numbers often enjoy undue attention in the foreign exchange markets — and threatening to fall through it. That would mark the currency’s weakest point since 2008.

Official US protests against Chinese manipulation have risen in volume again under Donald Trump’s administration. These days, though, they make little sense. During the 2000s, the vast piles of foreign exchange reserves China was building up by selling renminbi for dollars, alongside a large and persistent current account surplus, suggested US complaints about manipulation were justified.

But it is hard to look at the recent fall and conclude this is somehow deliberate manipulation for export-promotion reasons. China’s recent intervention — as often over the past few years — has generally been to keep the renminbi up, not hold it down. Following an unexpectedly sharp depreciation in 2015 after the central bank allowed the exchange rate more room to move, China resorted to capital controls to prevent the currency collapsing.

In fact, it would seem quite logical for the renminbi to come under downward pressure at the moment. It is an obvious response by a country’s currency when tariffs are imposed against its exports: regaining through the exchange rate competitiveness what it has lost through higher prices in its export markets.

Mr Trump seems to believe China is deliberately manipulating its exchange rate downwards. This is a distortion of reality. When G20 finance ministers met last weekend, Steven Mnuchin, the Treasury secretary, came up with some highly contrived reasoning. “Sometimes if the market expects intervention and you’ve been intervening for a long time to support a currency, and you don’t intervene, that could also have a big market impact,” he said.

Coming from the US Treasury — normally the adult in the room when it comes to exchange rate policy — such arguments are particularly worrying. Hotheads tend to reside elsewhere in the administration. Counterweights are desperately needed to restrain Mr Trump from taking more extreme action such as imposing currency-related tariffs on top of the duties already introduced, or even direct intervention in the foreign exchange markets to weaken the dollar.

For China to target a particular exchange rate — in particular, fetishising the level of 7 to the dollar — is ill-advised. But for a country with an incomplete financial system including capital controls, foreign exchange intervention is an inevitable part of its armoury. In reality, Mr Trump is fighting a battle against mercantilist Chinese currency manipulation the justification for which ended several years ago.

The US has more of a point when it opposes the extensive trade-distorting interventions by the government in China’s economy. But to ignore the fact Beijing has been intervening to steady and hold up its currency only serves as an excuse for the White House to open a new front in the nascent cold war with China, now its strategic competitor.

Climate Cooperation With China Can Power the World – Sustainably