Shares in China’s Xiaomi fell sharply after the smartphone maker raised almost $4bn via equity and debt to fund efforts to capture more global market share as rival Huawei suffers under US sanctions.

Xiaomi sold equity worth HK$23.7bn ($3.1bn) in a follow-on offering in Hong Kong, the company said in a statement to the city’s bourse during the lunchtime trading break on Wednesday.

The shares were sold at a 9.4 per cent discount to the previous day’s closing level and near the bottom of a marketed range.

The tech group brought in another $855m by selling convertible bonds, which give investors the option to swap the debt for Xiaomi shares if the stock climbs by a certain amount.

Xiaomi’s Hong Kong-listed shares initially fell 12 per cent in afternoon trading, before paring losses to be down about 6 per cent.

Beijing-based Xiaomi has benefited as the US has piled pressure on Huawei. Its stock has risen more than 120 per cent this year as US sanctions that largely cut Huawei off from global chip supplies have pummelled its rival’s global sales. Washington claims Huawei is a national security threat, which the Chinese group denies.

Xiaomi said in its term sheet it will use the $4bn capital raise for “strengthening working capital for business expansion [and] investments to increase market share in key markets”, among other uses.

“You must have a discount on yesterday’s close to make the fundraising price more attractive,” said Louis Tse, managing director at VC Asset Management, of the capital raise. But “now is the time to [raise funds] because there’s a lot of money in the market”.

The company will “invest in expanding channels to eat up Huawei’s market share”, added a Taiwan-based industry analyst, noting that Xiaomi would also invest in designing its own chips as it follows US tech group “Apple and Huawei to develop a more complete independent industrial chain”. 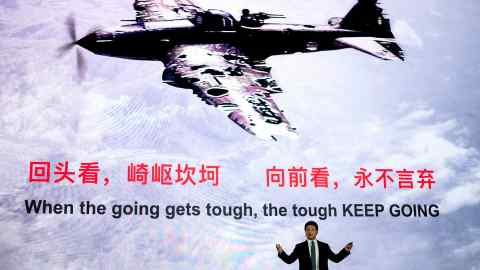 Xiaomi is known for selling premium handsets at razor-thin margins. Its gross profit margin for smartphone sales stood at 8.4 per cent in the third quarter.

Xiaomi’s global smartphone shipments rose 46 per cent year on year to 46.2m in the third quarter, while Apple’s shrank 7 per cent, according to data from research firm Counterpoint.

Trading in Xiaomi’s shares was halted in Hong Kong on Wednesday morning ahead of the group announcing the fund raise.