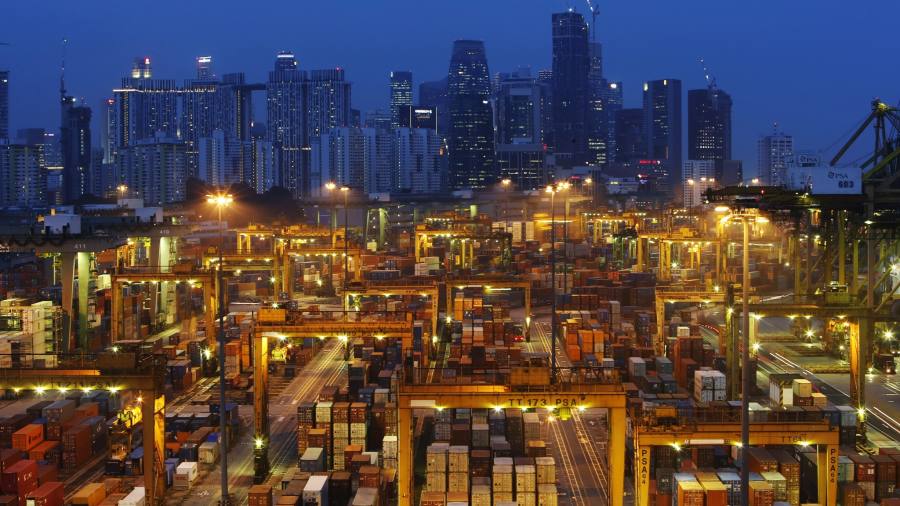 Non-oil domestic exports fell 10 per cent year on year, below a Reuters poll forecasting a more modest 6 per cent drop. The measure strips out re-exports through Singapore, a major Asian shipping hub.

The fall was the second consecutive drop after March’s disappointing data, which showed an 11.8 per cent year-on-year drop, marking the worst export performance since October 2016.

Singapore’s trade-dependent economy has been buffeted by US-China trade tensions and a regional slowdown. GDP growth slowed to 1.3 per cent in the first quarter of 2019.

Electronic exports slid 16.3 per cent year on year, albeit at a slower pace than the 26.7 per cent drop recorded in March. Exporters across Asia have been hit by fading demand for electronic components.

Hong Kong and the US were the only two markets not to see a fall in outbound shipments from Singapore, while exports to the EU felt the biggest fall at 25.4 per cent.

In month-on-month terms, exports dropped 0.6 per cent, versus a forecast of a 5 per cent rise.