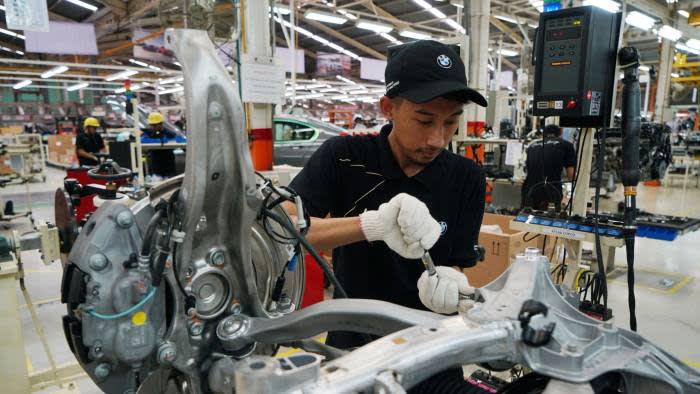 A gauge of manufacturing across south-east Asia fell back into contraction in June, as employment dropped for the first time in 15 months on weak regional demand and the side-effects of global trade tensions.

The Nikkei-Markit manufacturing purchasing managers’ index for Asean countries came in at 49.7 in March, dropping below the 50 mark that separates contraction from growth for the first time in four months.

However, the contraction was marginal with five of the seven countries surveyed continuing to report fractionally better business conditions. Singapore and Malaysia remained the weak spots in the region, with the former slipping to 42.9, the sharpest downturn since the beginning of the series.

Overall, manufacturing struggled partly due to the first fall in employment since October 2017, with Thailand and the Philippines showing the sharpest contractions in job numbers.

“However, it remains to be seen what long-run effect the new tariffs have on the region, with some commentators suggesting a more positive impact should Chinese firms shift their trade to ASEAN countries”.