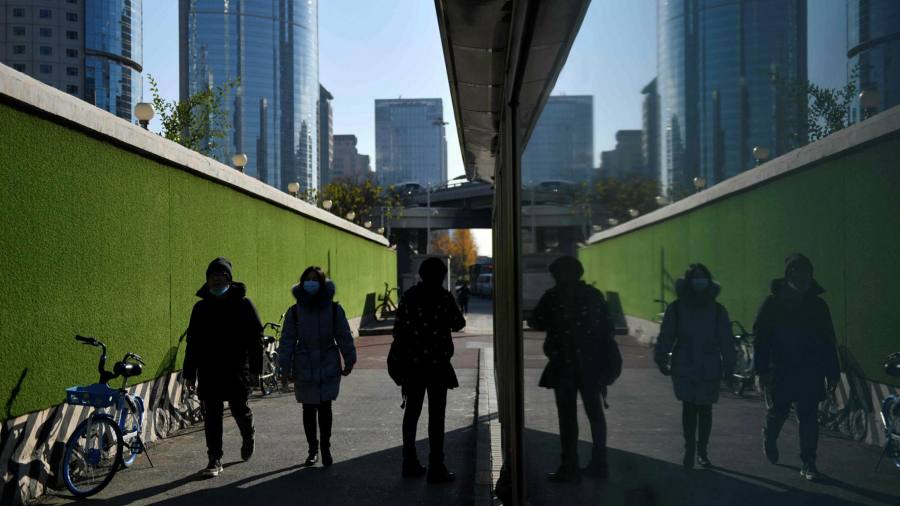 President Xi Jinping is widely regarded as communist China’s most powerful leader since Mao Zedong, its revolutionary founding father. But can he tame the country’s bond market?

Now worth more than $15tn, China’s bond market is the second largest in the world, about one-third the size of its US equivalent. Over recent weeks, it has demonstrated an ability to embarrass its communist masters.

Just weeks after FTSE Russell, one of the world’s most important bond index managers, announced plans to include Chinese debt beginning next year, a spate of defaults shed embarrassing light on the immaturity and weaknesses of China’s bond market.

They prompted a warning this week from vice-premier Liu He that the authorities would “severely” crack down on illegal behaviour on bond financing, ranging from “malicious” transfer of assets to misuse of funds.

Mr Xi’s financial advisers, led by Mr Liu, want the bond market to grow rapidly in order to reduce Chinese companies’ over-reliance on loans from state-owned banks. As Houze Song at Macro Polo observed in a research note earlier this week, local governments and the state-owned enterprises they control are five times more reliant on bank loans than bond issuance for their financing needs.

“Banks have disproportionate influence over local finance because they provide around two-thirds of total credit and are the biggest holder of local government bonds,” Mr Song wrote.

To reduce this imbalance — and more importantly lessen the moral hazards arising from the incestuous links between local governments, state banks and state-owned enterprises — Mr Liu needs Wall Street’s help to increase the size and sophistication of China’s bond market.

The September decision by FTSE Russell, which was catching up with earlier China inclusion announcements by rival bond indices, will initially apply to government bonds. Foreign investors hold 9.2 per cent of total Chinese central government debt and 4.6 per cent of debts of policy banks like the China Development Bank, according to Fitch Ratings. That compares with 8.5 per cent and 3.2 per cent respectively at the end of last year.

But it will be some time before foreign investors dare to dabble in bonds issued by the likes of Yongcheng Coal and Electricity Holding Group, which defaulted on a supposedly triple-A, Rmb1bn ($152m) bond, triggering this month’s market tremors. As of August, foreign investors held only about Rmb100bn worth of onshore non-financial corporate bonds, compared with their central government bond holdings of Rmb1.6tn.

Like so many other Chinese SOEs, Yongcheng Coal’s triple-A bond rating was largely predicated on the assumption that its provincial government owner would step in to prevent a default. But Henan did not ride to the rescue, although provincial officials are now trying to broker a compromise repayment schedule with the company’s shocked creditors. A similar drama is playing out in northeastern Liaoning province, where a state-owned automotive group defaulted on another triple-A, Rmb1bn bond.

The sequence of events at the automotive group, Huachen, is a good illustration of what some Chinese investors call the “landmines” strewn across the country’s bond market.

Less than one month before Huachen’s default, it transferred shares in its best asset — a unit that is BMW’s partner in its highly successful China manufacturing joint venture — to a subsidiary. Two weeks after the default, the subsidiary pledged those same shares to a creditor.

In a market where an implausible 50 per cent of all non-financial corporate bonds enjoy a triple-A imprimatur, defaults are in theory beneficial and long overdue.

“Increasing credit differentiation is positive for the long-term development of the Chinese market,” says Tai Hui, chief Asia strategist at JPMorgan Asset Management. “It will incentivise companies to be more accountable for their cash flows and balance sheets, and onshore credit ratings to more properly reflect credit risks.”

If that happens, foreign investors could well be tempted to divert more of their capital from the relative safety of Chinese central government and policy bank debt into riskier corporate paper.

Mr Xi and Mr Liu are essentially gambling that the recent defaults can be managed on a case-by-case basis without provoking a much larger crisis of confidence that cascades through China’s financial system. It is a very risky bet.

Zoom spy claims a warning for multinationals in China

Is a China-ASEAN Comprehensive Strategic Partnership Likely in 2021?