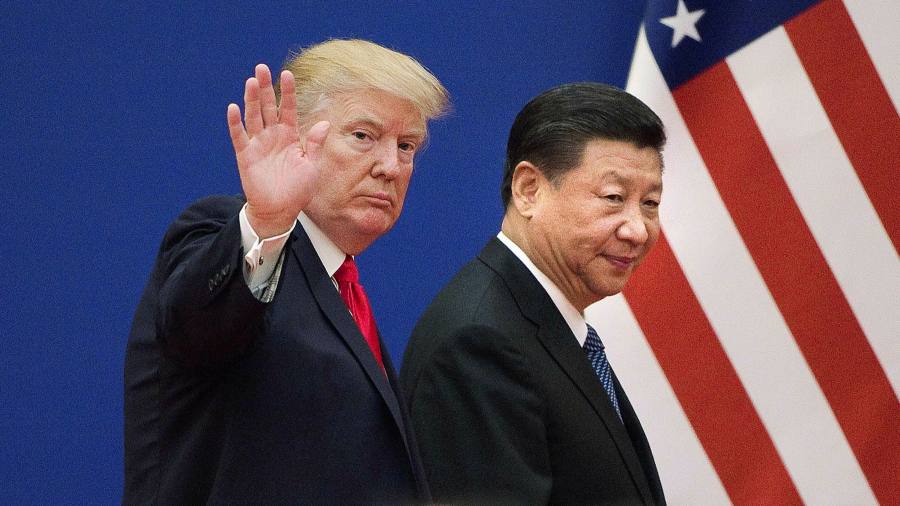 Each passing week brings fresh evidence of the downward spiral in US-China relations. In recent days, Chinese state-controlled media have attacked America’s “shameless hypocrisy” for criticising China on human rights. For his part, President Donald Trump has again pinned the blame for the Covid-19 pandemic on Beijing, vowing that China is “going to pay a big price for what they have done to this country”.

As an FT series over the past week has made clear, these outbursts are part of a larger pattern of deteriorating relations between the world’s two largest economies. Tensions are so high that many commentators, including elder statesmen such as Henry Kissinger, are talking of a “new cold war”.

The depth of trade ties between the US and China, with annual trade of more than half a trillion dollars a year, makes parallels with the relationship between the US and the Soviet Union necessarily imprecise. But talk of a new cold war captures the increasing danger that the global order could once again divide into hostile camps.

While hawks in Washington and Beijing might accept or even embrace this rivalry, a new cold war is neither inevitable nor desirable. It would be economically damaging and militarily dangerous. It would also restrict the life chances and horizons of people all over the world, who could find their opportunities to study, trade and travel restricted.

Military tensions are already rising to dangerous levels over Taiwan, and in the South China Sea. Even if direct conflict is avoided, a new cold war makes it harder for Washington and Beijing to work together on urgent global problems such as climate change or pandemics. It threatens to lead to further sanctions and trade wars, which the fragile world economy can ill afford.

Stopping the drift towards a new cold war will not be easy. It is likely to require profound changes — particularly in China, but also in America.

If China wants to dial down tensions with the US, it should pursue less aggressive policies abroad, and more open policies at home. Above all, Beijing should understand that any military assault on Taiwan would end normal commercial relations with the west. China could also reduce tensions in the South China Sea by accepting the ruling of a UN panel on territorial disputes.

Beijing could defuse some of the anger provoked by the Covid-19 pandemic by agreeing to a UN-backed international inquiry into the origins of and response to the disease. If China wants its businesses to expand without hindrance in the west, it will also have to change laws that subordinate those businesses to China’s national security objectives.

For its part, the US should rein in any instinctive desire to block the rise of China purely for reasons of power politics. China has a legitimate right to development and prosperity. If it keeps growing, it will almost inevitably be the world’s largest economy; by some measures, it already is.

The US has legitimate security reasons to be wary of the activities of some Chinese companies, particularly in the technology sphere. But this should not spill over into routine harassment of Chinese businesses, researchers or journalists. The White House should also drop the idea that the very existence of a trade deficit proves something is amiss in US-Chinese relations.

These steps will not be easy, for Washington or Beijing. But unless both sides, starting with China, make efforts to stop the downward spiral in relations, the outlook for global security, the world economy, and the environment will be darker as a result.

How exactly to end an informal dating relationship. If you’ve ever ventured in…

GUINEA LYNX. The best Healthcare as well as Worry Assist of Guinea Pigs