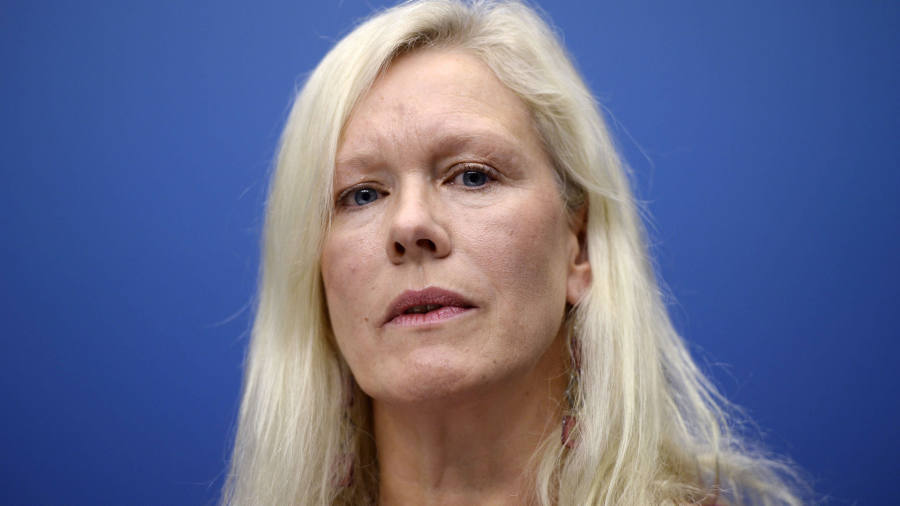 Sweden’s former ambassador to China has been charged with unauthorised negotiation with a foreign power in the latest twist in the deteriorating relationship between the two countries.

Anna Lindstedt, Sweden’s ambassador to Beijing until February, was reported to Swedish prosecutors by the country’s security services in connection with a meeting over detained bookseller Gui Minhai, a Hong Kong-based Swedish citizen.

“A charge of arbitrariness during negotiations with a foreign power is unprecedented in modern times,” Hans Ihrman, deputy chief public prosecutor in the national security unit, said on Monday.

The indictment comes as the case of Mr Gui causes increasing tensions between Stockholm and Beijing. China’s outspoken ambassador to Sweden threatened the Scandinavian country with unspecified “bad consequences” and “countermeasures” after Mr Gui was awarded a Swedish literary prize by Sweden’s culture minister last month.

The charges against Ms Lindstedt stem from claims made by Mr Gui’s daughter, Angela Gui, that the then Swedish ambassador told her to travel to Stockholm at the end of January where she met two Chinese businessmen. Ms Gui called the meetings “a very strange experience” and said the two businessmen allegedly hinted that they could have her father released if she complied with their demands to stop talking publicly about the case.

Sweden’s foreign ministry said at the time that it had no knowledge of the meetings and recalled Ms Lindstedt from Beijing shortly afterwards.

Swedish prosecutors said on Monday that Ms Lindstedt was “in contact with persons representing the interests of the Chinese state” at the meeting.

Mr Ihrman added: “An ambassador is the head of a public authority with a far-reaching mandate to represent Sweden; nonetheless, even ambassadors must adhere to certain guidelines and instructions issued by [the government]. In this specific consular matter, she has exceeded her mandate and has therefore rendered herself criminally liable.”

Ms Lindstedt’s lawyer told the Financial Times: “Anna Lindstedt is very clear that crime has not been committed. Arbitrary conduct in negotiation with a foreign power has a series of prerequisites. None of these are met.”

Mr Gui, a Swedish citizen who fell foul of Beijing for selling politically sensitive books, is being held by China in an unknown location on unspecified charges.

China’s embassy in Sweden has been unusually critical of its host country in recent years, lashing out at what it termed the “brutal abuse” of Chinese tourists last year and rebuking Swedish journalists for their coverage of China.

But the rhetoric has sharpened over Mr Gui, especially after he received the award from the Svenska PEN, a non-profit literary organisation. The Chinese embassy in Stockholm accused Mr Gui of committing crimes in China and Sweden.

“Giving an award to such a criminal is an outright political farce. It is instigating crimes and sheltering criminals. It also constitutes a gross interference in China’s judicial sovereignty,” it added.

Gui Congyou, China’s ambassador, last week told the Goteborgs-Posten newspaper in Gothenburg: “The Swedish government’s cultural exchanges with China will of course be affected. Our economic and trade relations will also be affected.”

Sweden is home to one of China’s largest ever overseas acquisitions as carmaker Zhejiang Geely owns Gothenburg-based Volvo Cars.

But there have been signs of mounting unease among policymakers in Stockholm over Chinese ownership of Swedish technology companies.