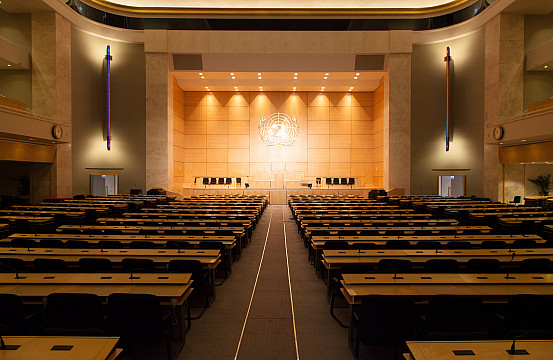 Taiwan will find itself sidelined during the upcoming annual health summit of the World Health Organization (WHO), to be held in Geneva in late May, for the third straight year due to objections from China.

The United States, Japan, Germany, and Australia are among the countries to speak out in support of Taiwan’s inclusion in the World Health Assembly (WHA) meeting, which has been blocked by Beijing since Taiwan President Tsai Ing-wen took office in 2016.

Tsai and her ruling Democratic Progressive Party (DPP), which ideologically favors eventual independence, have made strides to consolidate international support of Taiwan’s participation in international organizations, despite seeing its count of formal diplomatic allies dwindle to 16 countries plus the Holy See.

However, Beijing’s efforts to limit Taiwan’s international presence have intensified since the DPP replaced the Kuomintang (KMT) administration of former President Ma Ying-jeou, which favored closer ties with China.

Taiwan’s foreign minister and health minister have spoken out in recent days decrying China’s move to block Taiwan’s participation in this year’s WHA, which a Chinese foreign ministry spokesperson confirmed earlier this week.

Joseph Wu, Taiwan’s foreign minister, told The Telegraph that its exclusion from the assembly is “morally wrong,” saying the move leaves Taiwan more vulnerable to pandemics and denies the nation the opportunity to share its own healthcare advances with the rest of the world.

Chen Shih-chung, Taiwan’s minister of health and welfare, cited the country’s healthcare progress in an editorial published yesterday by The Diplomat. Chen wrote that the WHO should allow Taiwan to participate in assemblies and share its experience to help the organization reach its goal of achieving global universal health coverage by 2030.

However, this objective has been bogged down by cross-strait politics. Chinese representatives have said Taiwan’s inability to participate in the WHA is due to its refusal to recognize the “one China principle” held by Beijing.

During the Ma administration, Taiwan tacitly accepted the “1992 Consensus,” a so-called agreement between Taiwanese and Chinese authorities that both sides agreed there was only “one China,” but allowed for different interpretations as to what that “one China” constitutes.

The Tsai administration has refused to accept the “1992 Consensus,” which the DPP ideologically rejects. In January, Chinese leader Xi Jinping used a speech on Taiwan to equate the consensus with a “one country, two systems” framework of governance for Taiwan, drawing a rare rebuke from both DPP and KMT politicians.

However, KMT challengers to Tsai in the country’s upcoming 2020 presidential election, including Foxconn founder Terry Gou, have backed the consensus as a foundation for warmer ties with China. Leading KMT figures have also called for the establishment of a peace treaty with China, raising the ire of voters concerned that a cross-strait peace deal could erode Taiwan’s current de facto sovereignty.

While KMT presidential hopefuls are set to tout Taiwan’s potential for stronger economic ties with China – and, by extension, its possible inclusion into international organizations – the large majority of Taiwanese voters appear to back Tsai’s refusal to accept the “1992 Consensus,” according to a January poll by Taiwan’s Cross-Strait Policy Association. Despite this, polls show Tsai lagging behind potential KMT challengers, including Kaohsiung Mayor Han Kuo-yu, long speculated to run for president despite thus far refusing to enter the race.

Earlier this week, the United States reiterated its support for Taiwan’s participation in the WHO, along with other organizations such as Interpol which require statehood for membership.

On Monday, a U.S. Department of State official warned in an email to Taiwan’s state-owned Central News Agency that excluding Taiwan from global organizations “creates dangerous loopholes that can be exploited by malicious international and transnational actors.”

On Thursday, the Taipei representative offices of Germany and Australia also registered their support for Taiwan’s WHA participation. The German office said in a statement that Germany “strongly opposes the politicization of global health issues.”

As of now, Taiwan’s participation in global organizations, including United Nations conventions and the annual International Labor Conference, remains stifled and, despite numerous international objections, Taiwan is presently set to remain what the German office called “a ‘blank spot’ on the world map of health.”