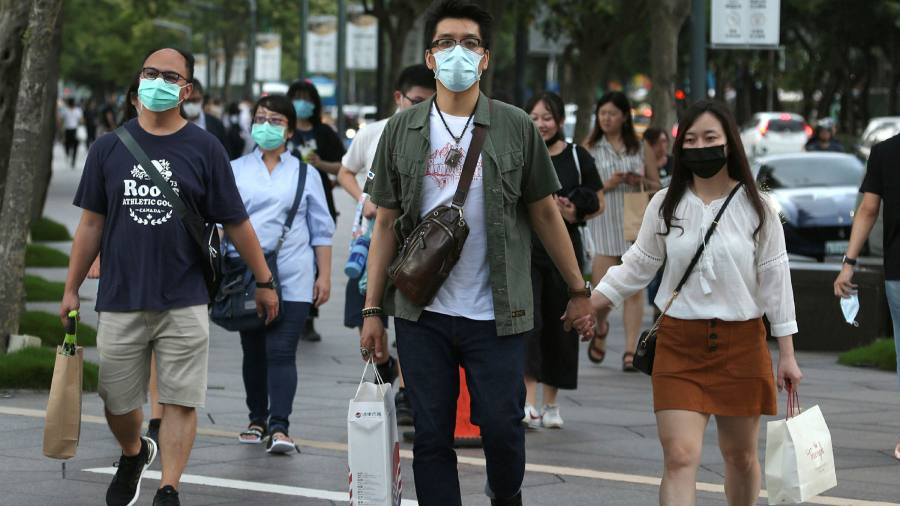 China’s move to bring Hong Kong to heel is being watched with more trepidation than almost anywhere else than in Taiwan. “If Hong Kong falls, we don’t know what’s going to be next — it might be Taiwan,” Joseph Wu, the country’s foreign minister, said in an interview with Fox News last week, referring to the new security law that Beijing has imposed on the territory.

The Chinese leadership’s decision to interfere this deeply with the autonomy it had promised the former British colony has worrying implications for Taiwan. It suggests Beijing has concluded that its “one country — two systems” formula has failed to produce the intended result.

Such a moment of disillusionment and hard-knuckled realpolitik in Beijing is what Taipei has to fear most. The Chinese Communist party calls Taiwan an integral part of Chinese territory that must be brought under its control. Despite overwhelming evidence to the opposite, Beijing denies the existence of a separate state on the other side of the Taiwan Strait, often claims that the people in Taiwan desire to be part of China, and calls unification an “historic trend”.

This position clashes with political reality in Taiwan. Having been ruled separately from China for more than a century, and as a vibrant democracy for the past 30 years, Taiwan has resolutely rejected the Hong Kong model ever since Beijing devised it with Taiwan in mind, 30 years ago. A long-running series of opinion polls shows that fewer than 20 per cent of Taiwanese would consider unification with China even as a future option.

“In that sense, the events in Hong Kong have increased the risk of China turning towards the option of ‘forceful unification’,” said William Chung, a postdoctoral fellow at the Institute for National Defence and Security Research, a think-tank backed by Taiwan’s defence ministry.

“After the Hong Kong national security law, the possibility of convincing the Taiwan people of the merits of one country — two systems has become even more remote,” he said. “But if China had to acknowledge that their line on Taiwan is fiction, that Taiwan will not be persuaded to unification, that would leave them only the option of force.”

While Beijing vows to pursue “peaceful unification”, it threatens to attack Taiwan if the island resists its advances indefinitely. “When the possibility of peaceful unification is completely lost, the People’s Army will […] take all necessary steps to resolutely smash any separatist plots and actions,” General Li Zuocheng, chief of the Chinese military’s joint staff department, said last Friday.

Such shrill rhetoric would make many believe that an assault on Taiwan could be imminent — all the more as the US, the unofficial guarantor of Taiwan’s security, is distracted by the Covid-19 pandemic.

But experts in Taiwan are sanguine. Mr Chung argued that, while Beijing’s failure in Hong Kong spells danger for Taiwan in the more distant future, Beijing is unlikely to opt for war over Taiwan now because that would leave it to battle on several fronts. Gen Li’s statement repeated “all the same” slogans that have been part of China’s position on Taiwan for many years, said Lin Chong-Pin, a former deputy minister of defence and one of Taiwan’s most veteran experts on cross-strait relations.

Prof Lin saw signs the Chinese leadership is reining in hotheads who are calling for an invasion. He pointed to Chinese government statements about economic incentives for Taiwanese and the intention to continue a bilateral trade deal.

“China has traditionally used a two-pronged strategy towards Taiwan. Last year, the soft prong had disappeared, but we are seeing it return now,” he said. “As relying only on the hard prong produced a rise of battle cries for military action, the leadership realised that they would be left with only that option. A gradual turnround is indicative of a less-stupid strategy.”

Whether he is right remains to be seen. Even if Beijing shies away from an invasion of Taiwan, it certainly is using its increasingly well-equipped armed forces to throw its weight around. If the Chinese leadership concludes that its comparatively peaceful ways of wooing Taiwan have failed, it can fly more fighter jets ever closer to Taiwan ever more frequently. That will not be war, but it will not be peace either.

Women problems that are sexual. Everything Forces Intimate Dilemmas?