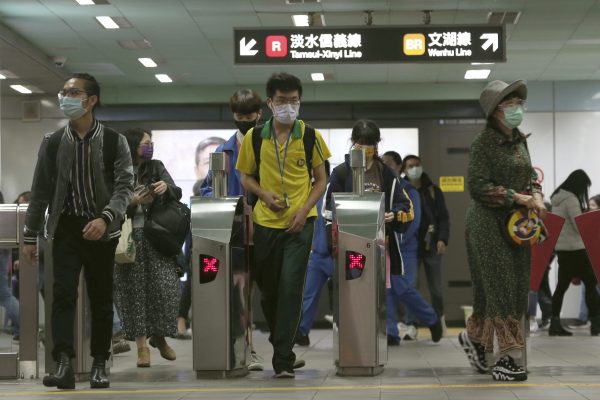 Taiwan has reported 12 total cases of COVID-19 linked to a cluster of infections at a northern hospital, leading the country to stiffen some regulations to prevent further community spread.

Taiwan went over eight months without a locally transmitted case of COVID-19 before a pilot for Taiwan’s EVA Air infected a Taiwanese woman in December. It has reported 12 cases in the hospital cluster since January 12.

On January 19, Taiwan’s government canceled celebrations for the Taiwan Lantern Festival, held annually to celebrate the Lunar New Year. The presidential office has also canceled its Lunar New Year reception, while some city governments have canceled their own lantern festival events.

Taoyuan Mayor Cheng Wen-tsang said on January 21 that Taoyuan General Hospital had completed a mass evacuation of patients so that hospital buildings could be disinfected by a team of government workers and members of the army’s “chemical warfare” group.

Taiwan’s Central Epidemic Command Center said the next day that all discharged or transferred patients listed as high risk from the hospital must go into quarantine.

The hospital cluster has jolted Taiwan, especially as some of the infections occurred outside the hospital when workers infected their family members.

The country has largely existed in a COVID-free bubble due to a speedy, efficient, and transparent early response, which has led to a high level of trust between government and the population.

The new cluster showed signs of testing this trust. Chen, the health minister, did not initially reveal the location of the cluster, leading to days of speculation among citizens and the media.

Taoyuan, which is home to around 2.2 million people along with the nation’s primary international airport, has become enveloped in fear of the virus, even as the total case count remains low. “Chemical warfare” army troops have been seen disinfecting the city on a regular basis throughout the week.

Taiwan has reported a total of 881 cases of COVID-19 and seven deaths as of January 22. Only 93 of those cases have been classified as community infections, most of which occurred before April 12, 2020.