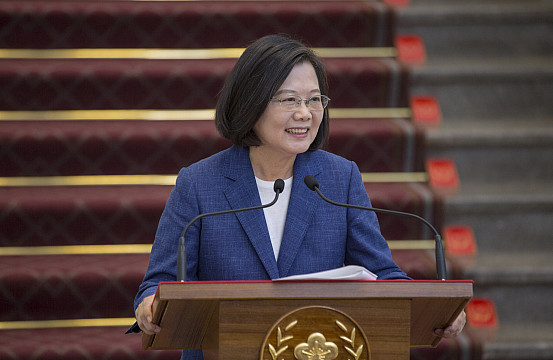 Tsai’s public support of Hong Kongers protesting the territory’s controversial proposed extradition law likely gave her a boost among Taiwanese voters, who have always backed Tsai’s measured yet assertive approach to countering Chinese influence in Taiwan. Her stated missive to protect Taiwan’s sovereignty – which, according to a recent Academia Sinica survey, voters now value more than at any point in Tsai’s term – has given supporters optimism she will prevail in a January presidential election she had previously been projected to lose.

The primary win led to a sigh of relief from many within Tsai’s ruling Democratic Progressive Party (DPP). This was the first time in the DPP’s history an incumbent president was challenged from within during the party’s primary – and it opened fissures within the party’s base that may take time to close.

Lai, the popular former mayor of Tainan who has infamously declared himself a “political worker for Taiwan independence,” leads a wing of the DPP that would prefer a more aggressive push for formal independence, in comparison to Tsai’s careful maintenance of the cross-strait status quo and Taiwan’s ties with the United States.

Lai has already honored his primary pledge to support Tsai should voters grant her a shot at her second four-year term. Tsai thanked Lai on Wednesday as the party officially nominated her as its presidential candidate. “There were some frictions during the primary,” she said, “but it is all in the past, and now is the time to rally together.”

But some prominent Lai supporters have proven more stubborn than their chosen candidate.

After Tsai’s victory, political commentators Dennis Peng and Cao Chang-qing added their voices to a chorus of online chatter over Tsai’s doctorate dissertation from the London School of Economics by claiming the dissertation does not exist, despite overwhelming evidence to the contrary.

Many observers had also wondered aloud whether Tsai was a victim of deeply rooted misogyny among prominent DPP figures. Days before polls opened, former Presidential Office senior adviser Koo Kwang-ming called for Tsai to drop out and support Lai, after which she could be considered a “mother figure for the nation.” The comments drew eyerolls from many Tsai supporters, who saw Koo’s proclamation as representative of a long-held skepticism among elder DPP figures toward women pursuing leadership roles in the party.

More than anything, however, the primary process itself has proven a tough pill to swallow for many Lai supporters who remain convinced the DPP altered the rules to benefit Tsai. When Lai entered the race in March, polls to determine the nominee were provisionally scheduled to occur just weeks later. The process was repeatedly delayed as Tsai’s camp tried, and failed, to negotiate Lai’s exit from the primary (including offering the vice presidential slot on the party ticket). Lai also decried the DPP’s decision to include cellphone polling in the eventual public opinion poll that decided the nominee. Lai’s support base skews older than Tsai’s, and the change was seen by his camp as an attempt to benefit the incumbent.

The rule changes were not at all unprecedented, however. Taiwanese political parties regularly alter their primary rules depending on circumstances, and the party had originally planned for Tsai to run unopposed. The extra time allowed Tsai to rally her base. Tsai supporters regularly equated Lai’s sudden entry into the race as a sneak attack – designed to capitalize on Tsai’s low popularity at the time without giving her a chance to campaign against Lai on the issues – and noted that Lai never took the chance to articulate a clear policy vision for his possible presidency.

Of course, the primary is over now. The question going forward is whether lingering bitterness over the process will drive Lai supporters away from Tsai in January’s general election.

With Lai now out of the race, there may be nowhere for Tsai-skeptic DPP voters to go. The “deep-green” camp – as diehard Taiwan independence advocates are often called – has never fully supported Tsai’s brand of pragmatic cross-strait policy. But it is hard to envisage an alternative they would prefer over four more years of Tsai Ing-wen.

The opposition Kuomintang (KMT) looks set to nominate either Kaohsiung Mayor Han Kuo-yu or Foxconn founder Terry Gou. Both candidates are seen as Beijing-friendly; Han visited China and met with party officials in March, while Gou has substantial business interests in China. Both candidates have rejected Xi’s proposal of “one country, two systems” for Taiwan, but both support the so-called “1992 consensus,” in which both Taiwan and China accept there is “one China” but have differing interpretations of what this means. The latter stance – accepting the consensus – is anathema to the convictions of deep-green voters.

There is one wildcard, albeit an unlikely one: Taipei Mayor Ko Wen-je, an independent who is heavily speculated to be plotting his own presidential bid. Ko has met with deep-green politicians before and, as mayor, has drawn support from forces within both major parties. But the DPP abandoned Ko last year after he doubled down on his stance that “both sides of the Taiwan Strait are one family,” and he has thus far shown no indication of pivoting to a position more favorable to the deep-green camp.

Ko is notoriously unpredictable, however, and his candidacy could serve to harm either Tsai or the eventual KMT candidate. Should they continue to find Ko unacceptable, Lai supporters may have no choice but to get behind Tsai – who is unlikely to budge from the cross-strait policies that have failed to satisfy the country’s deep-greens but continue to draw the broad support of Taiwanese voters at large.

For Tsai, the challenge is straightforward: Keep up the momentum while also keeping the United States behind her, Beijing away from her, and the party’s base enthusiastic about her come election day.