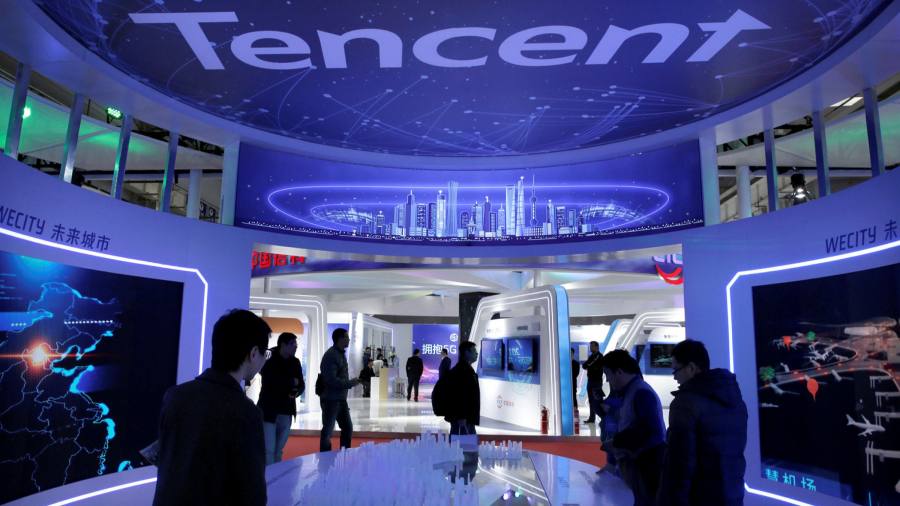 Chinese technology group Tencent posted solid sales growth during the fourth quarter of 2019, saying that it expects revenues from its games business to help it weather the coronavirus epidemic, which has paralysed the world’s second-biggest economy in the early months of this year.

The company’s well-diversified and gaming-heavy business is expected to hold up better than that of its chief rival Alibaba, which last month said that revenues at its key Tmall and Taobao businesses would shrink in the first quarter as its merchants and courier companies struggled with a lack of manpower.

Tencent’s management said on Wednesday that the millions of people in China self-isolating at home had spent an increasing portion of their time on its online games, video, music and online reading services.

Analysts expect the company to continue to expand in the first quarter. “Coronavirus will benefit the games business — same with long-form video,” said Benjamin Wu of Pacific Epoch.

In the fourth quarter, before the virus outbreak, the tech group brought in Rmb21.6bn ($3.1bn) in profit on revenue of Rmb105.8bn, which increased 25 per cent year on year. The top-line growth was helped by the inclusion of Finnish game maker Supercell, which is behind hit titles like Clash of Clans.

Coronavirus will benefit the games business — same with long-form video

For the year, the company earned Rmb9.8 per share and announced that it would raise its annual dividend by 20 per cent to HK$1.20 per share.

But executives warned that the virus pandemic would still hinder its business as advertisers pull back and shoppers stay inside, reducing revenue at its mobile payments business.

James Mitchell, chief strategy officer, said that payments through its app had only gradually rebounded in March after sharply dropping during the Chinese new year and February.

“We generate over a billion payment transactions per day. That’s a gigantic number — it’s more than Visa and Mastercard put together,” Mr Mitchell said.

The majority of those transactions are offline and merchants were closed, said Mr Mitchell, noting that Tencent had cut marketing expenses so they would not dent its profit. The fintech business, which holds the WeChat Pay unit, along with cloud services, contributed about 28 per cent of sales in the fourth quarter.

The business has also been hit by rising short-video platform ByteDance, which grabbed a greater portion of China’s advertising spending last year. Tencent is working to catch up, with short-video products of its own, and president Martin Lau said it was working on building a recommendation engine — the tech that powers Bytedance’s TikTok app.

Tencent’s business of placing adverts in online videos also faces challenges. Management said that spending from automobile and luxury goods companies in its media ads business had fallen further, after the unit reported that sales had shrunk 24 per cent in the fourth quarter.

Meanwhile, a lingering controversy over a tweet from Daryl Morey, the general manager of the Houston Rockets NBA team, in support of the Hong Kong protesters cut advertising sales for basketball games, although Tencent’s media ads business only contributed about 4 per cent of its revenue during the quarter.

“Revenue will go up overall, games and social advertising are doing well which should offset the temporary slowdown in the payments business,” said John Choi of Daiwa Capital Markets.