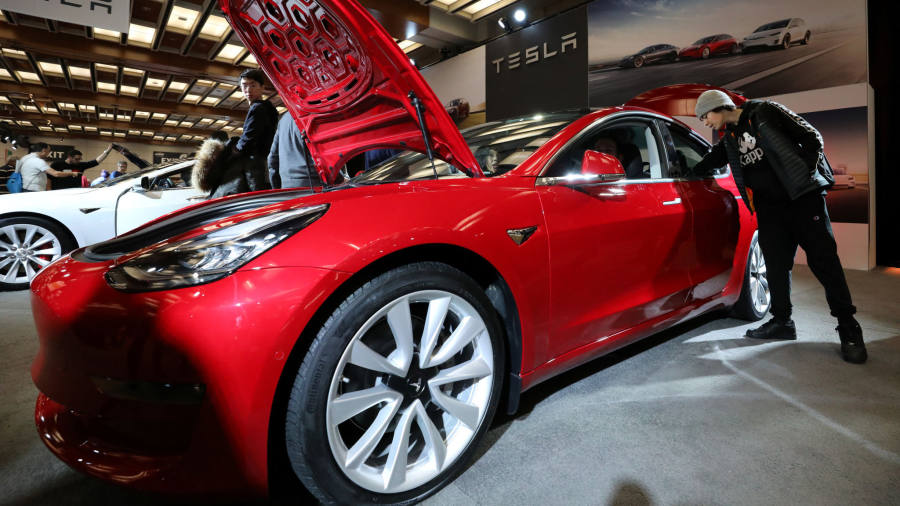 Shares in Chinese cobalt miners dropped on Wednesday following news that Tesla had chosen to produce its Model 3 electric car in the country with lower-cost batteries that do not contain the metal.

The stock prices of China Molybdenum and Huayou Cobalt, China’s two largest cobalt miners, both fell more than 8 per cent.

Tesla’s decision was a signal for the global battery market, highlighting the possibility of cobalt and nickel-containing batteries being squeezed out of China, especially for mass-market electric cars.

Its move could affect suppliers of cobalt and nickel including Glencore and Brazil’s Vale.

Tesla has agreed to buy prismatic lithium-iron phosphate batteries — the main alternative to cobalt and nickel products — from China’s CATL for its shorter-range Model 3 cars in China, according to people familiar with the matter.

“CATL is providing appropriate and competitive solutions to satisfy customers’ requirements, and creating value for them,” a spokeswoman for Ningde-based CATL said.

So-called LFP batteries are widely used in electric cars and buses in China because they are cheaper than nickel and cobalt-containing batteries.

BYD, China’s largest electric car maker, has claimed to have significantly improved the performance of lithium-iron phosphate batteries for its Han electric car, which will be released this year.

Tesla is hopeful it can still boost the range of such batteries above 155 miles to make them eligible for Chinese subsidies, said analysts at Benchmark Mineral Intelligence, a consultancy.

“This is the stamp that LFP batteries are here to stay in the Chinese market,” Simon Moores, founder of Benchmark Mineral Intelligence, said.

The news is “potentially bearish” on nickel and cobalt, according to analysts at Morgan Stanley. Each 10 per cent increase in LFP battery use in electric vehicles would reduce nickel demand by 18,000 tonnes in 2025 and cut cobalt demand by 4,000 tonnes, the bank said.

Hong Kong-listed shares of China Molybdenum were down by 8.7 per cent to end the day at HK$3.58. Shanghai-listed Huayou Cobalt fell 10 per cent to 48 renminbi.