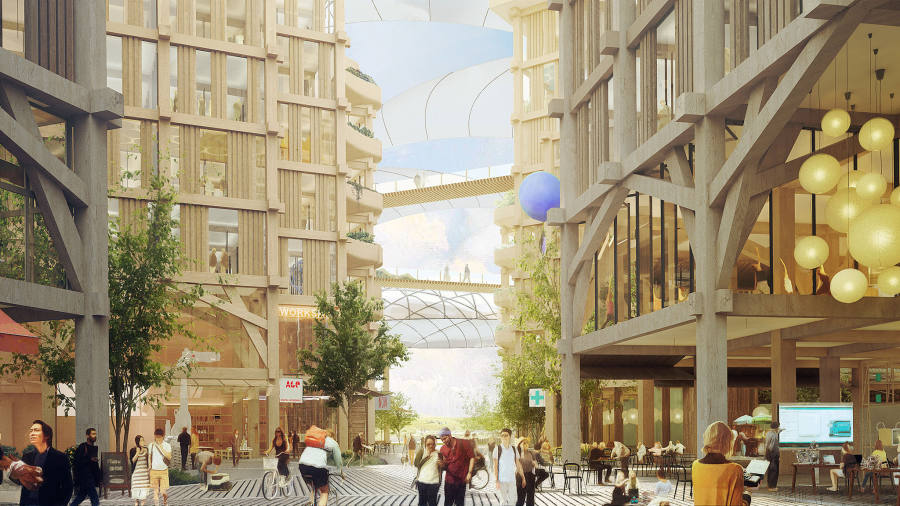 The era of “smart cities”, controlled by an ecosystem of sensors, cameras and algorithms, is fast approaching. In China, state media claim 500 are under construction. In Canada, Alphabet has plans for turning parts of Toronto into a timber-framed tech town as a prototype. Incremental steps are also making cities smarter. Last week, Transport for London announced plans to track Tube passengers through WiFi to monitor congestion. In the US, fast-food drive-throughs will trial number plates scanners to make ordering faster.

Individually these services can improve daily life. Integrating them will create something more powerful than the sum of its parts. Driverless vehicles could receive improved real-time data, making them safer. Apps could use data from a variety of sources to direct travellers to less congested routes. Problems such as flooding and pollution could be reduced through the network of personal devices, surveillance systems and urban infrastructure.

Though convenience and safety are the end goals, smart cities could cost citizens any sense of privacy. Serious questions about how city authorities will both store and share vast bodies of data must be answered too. The fact that surveillance is built into key transport infrastructure will also make it increasingly difficult to avoid without disrupting daily life. The smart city risks creating a panopticon in the name of an easier and better life.

The most obvious challenge associated with smart cities is ensuring privacy, given the mass surveillance on which they rely. The risks of anonymity disappearing will be increased by the use of different data sets, making it more likely that identifiable characteristics may appear. Closely linked to this is the question of data storage and sharing. The treasure trove of personal information will be a tempting target for hackers. In terms of sharing, Alphabet has talked of making data sets public when possible. Such open data may offer valuable insights but may also be picked up by advertisers. This information might also be used by law enforcement, feeding into the existing dangers of mass surveillance and profiling, as is already the case in China.

These concerns have long been levelled at social media and internet-enabled home appliances. What makes smart city surveillance more insidious is the cost of opting out. Users can avoid Facebook or hardware such as Alexa. Avoiding basic infrastructure will be near impossible without seriously affecting day-to-day life. TfL has put up signs warning customers of the WiFi tracking, yet the only choice is between tracking and having no signal.

Reports on the difficulty of opting out of facial recognition at airports in America suggest that avoiding being automatically scanned will be tough as well. As these systems become more closely enmeshed, avoiding snooping will become increasingly tricky.

As smart city infrastructure grows more prevalent, it is vital that measures are put in place to minimise risks. The purposes for which data are used and the method of storage should be open to scrutiny by cyber security experts. Regular transparency reports on who has access to such information would also go some way to reducing the risks.

The inevitable rise of smart cities is not inherently negative. Harnessing the power of technology and data can potentially help urban environments adapt to challenges such as climate change and overcrowding. Politicians, programmers and academics must work to ensure that does not come at the cost of all-seeing, 24-hour surveillance.

How exactly to end an informal dating relationship. If you’ve ever ventured in…

GUINEA LYNX. The best Healthcare as well as Worry Assist of Guinea Pigs