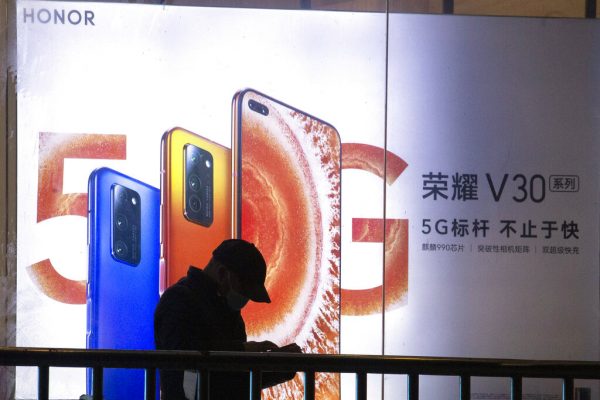 Chinese government censorship focuses in large part on stopping people in China from accessing independent reports about events in their own country. But another major goal of the censorship apparatus is to restrict or distort information about the rest of the world, and to isolate Chinese citizens from conversations with outsiders – especially Chinese speakers in Hong Kong, Taiwan, and the diaspora who are critical of the regime in Beijing.

The result is a parallel universe where the combination of robust censorship, fear-inducing surveillance, and proactive content manipulation has left tens of millions of news consumers in the world’s second-largest economy with a perception of reality – in their own country and globally – that diverges significantly and even dangerously from that of their counterparts abroad. The partisan news silos in democracies like the United States may be toxic and disturbing, but consumers are free to move between and beyond them. The top-down isolation enforced by the Chinese Communist Party (CCP) is unique in its comprehensive scale and coercive nature.

A crack in the wall of censorship appeared briefly this month with the emergence of Clubhouse, a mobile phone application that allows people to gather in groups of up to 5,000 for interactive audio conversations. After billionaire entrepreneur Elon Musk made an appearance on the app on January 31, thousands of Chinese iPhone users flocked to Clubhouse, participating in surprisingly candid, civil, and uncensored conversations about detention camps in Xinjiang, pro-democracy protests in Hong Kong, and relations with Taiwan.

The moment proved fleeting, as many anticipated. On February 8, users in China began reporting that access to the app was blocked. Nevertheless, the incident offered a stark reminder of the extent to which government controls have cut the Chinese people off from their foreign peers, and of the enormous potential for open conversations and reduced animosity when those artificial barriers are removed.

As with domestic developments, breaking news on events outside China are frequently targeted for censorship and manipulation. A Freedom House analysis of dozens of leaked censorship directives from 2016, for example, found that the third most restricted topic was foreign affairs. Over the past decade, Chinese users’ access to factual information about major international news stories like the Arab Spring, U.S. elections, and nuclear provocations in North Korea – as well as more obscure topics like elite corruption in Angola – has been actively restricted and distorted by Chinese state media and propaganda authorities.

The cross-border information blocks imposed by the so-called Great Firewall can also deprive Chinese citizens of international grassroots support and sympathy during moments of crisis, in part because they lack access to globally popular social media platforms. When a massive chemical explosion devastated Beirut last summer, for example, many Chinese users recalled a similar explosion in Tianjin in 2015, noting a much larger response to the Lebanese incident on the global internet. As one netizen reflected, “The ‘wall’ is two ways. It makes the inside unable to touch the outside. And it gives the outside world misunderstandings and indifference towards the inside world. Only those in power benefit.” The post was subsequently censored.

The Great Firewall is especially egregious in its suppression of uncensored conversations between mainland Chinese residents and other Chinese speakers, many of whom live just on the other side of the barrier. The Clubhouse conversations in which mainland Chinese, Hong Kongers, Taiwanese, exiled Chinese activists, and Chinese-speaking Uyghurs freely discussed the camps in Xinjiang, the 1989 Tiananmen Square massacre, and encounters with police were so stark and engaging precisely because the opportunity was so rare, prompting many users to stay up late into the night, listening and participating for as long as they could. The more politically sensitive dialogues rightfully received the most attention, but other Clubhouse rooms allowed people from these same communities to swap investment tips or discuss music and dating – the sorts of ordinary chats that can be equally effective at debunking stereotypes and defusing hostility.

Although there are other avenues for contact among the world’s many Chinese speakers, certain features of the Clubhouse app – moderators, real-time opportunities to respond to critiques, the impermanence of the conversations, and real voices rather than text – appeared to be particularly conducive to civility and intimate candor, which are often lacking on other social media platforms.

The opportunity provided by the Clubhouse opening was also distinct from the many more deliberate initiatives aimed at getting information into China and recirculating or archiving censored content from inside the country. While such efforts are important in their own right and have proven somewhat effective despite tightening controls, it is much easier in practice for a Chinese netizen to access uncensored news or archived censored content than it is to participate in the direct, real-time conversations and engagement that Clubhouse made possible, however briefly.

The Fundamental Curiosity of Chinese Netizens

Only a small proportion of China’s hundreds of millions of internet users participated in conversations on Clubhouse. Joining required owning an iPhone, an inaccessible luxury for many, receiving an invitation, and actively changing the settings in the app store to download the program. Nevertheless, as news spread, it is clear that demand for access grew rapidly, with invitations selling for 300 yuan ($46 dollars) and the number of participants growing exponentially within a short span of time.

Once Chinese users gained access, the ways in which they engaged on Clubhouse demonstrated their openness to different viewpoints and curiosity about taboo topics. The episode also showed how the sharing of compelling personal experiences and credible first-hand accounts can help change perceptions and undermine deceptive CCP narratives. This appeared to be the case even for those who may have stumbled upon the conversations via the app’s “explore” function without originally intending to engage in discussions on sensitive issues. Such dynamics match this author’s own experiences in talking with Chinese students about politically sensitive topics, and those of many Chinese friends who have taken up activism or raised awareness of CCP abuses among their fellow citizens. As columnist Li Yuan remarked about the Clubhouse opening, “mainlanders got a chance to prove that they aren’t brainwashed drones.”

Previous breakthrough incidents have suggested that this apparent yearning for freedom and uncensored speech is constantly bubbling beneath the surface. The conversations on Clubhouse were happening on the one-year anniversary of the death of coronavirus whistleblower Li Wenliang, whose fate had prompted Chinese users to denounce censorship under the popular hashtag “WeWantFreeSpeech” before it was itself censored by authorities.

Hope for the Future

It remains to be seen whether the brief window of openness enabled by Clubhouse will have any lasting effect. The experience may encourage more Chinese netizens to jump the Great Firewall or investigate politically sensitive topics. It could motivate the creation of more effective civil society projects and technology start-up initiatives that enable not only cross-border information flows to users in heavily censored countries, but also human connections and conversations, provided that the appropriate privacy and digital security protections are in place.

One thing is certain: the Clubhouse incident demonstrated once again that the CCP does not speak for all Chinese, and that when the Great Firewall eventually falls, there will be an outpouring of benefits not only for Chinese users and the cause of human rights, but also for the international community and the prospects for peace and security in East Asia and beyond.