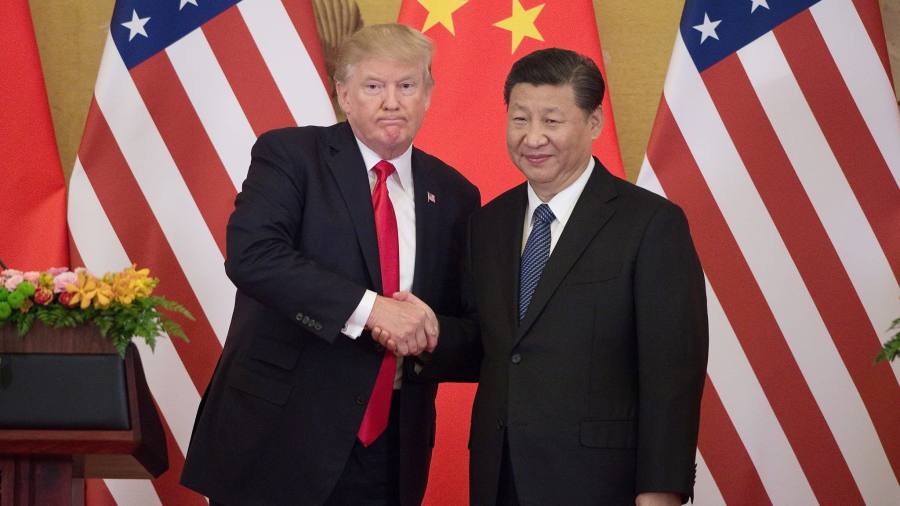 As US-China trade talks resume this week, the topics for discussion will include China’s demand for the creation of two-way “enforcement offices” in the US and China, with the threat of US unilateral tariffs as a backstop if all else fails.

It is surprising that a US administration that has staked so much on its muscular trade negotiating tactics might be satisfied with this, given China’s inconsistent record of compliance with its trade commitments.

Designing an enforcement mechanism has not been simple. The truth is that the Trump administration has no legal means to enforce China’s compliance with any deal. The US could refuse to lift the tariffs it has imposed, or it could levy more. But do tariffs adequately address China’s violations of intellectual property rights, cyber theft and forced technology transfer?

It is true that China has broken the rules time and again. But the US has confronted China for stealthily violating trade rules while unashamedly breaking the rules itself. It has imposed unilateral tariffs against China — under a US law it vowed not to use in contravention of its WTO obligations — and used precarious national security justifications to levy unilateral duties on steel and aluminium against China and other trading partners.

The administration defends its actions by pointing out that China and others cheat, while the US follows the rules and loses. Yet its punitive approach has not yielded results. Instead, the US has ceded the high ground, damaged its relationships with key trading partners, and allowed China to pay lip service to the rule of law and free trade.

It is not too late for the US to take a strategic, long-term approach with China by recommitting to the rule of law and focusing on established enforcement tools. Given that the US has no free trade agreement with China, the US should use WTO rules and norms to frame China’s non-compliance. While the WTO has faced fundamental challenges, the organisation offers the only global set of trade rules that reflect core US values and constitute the basis upon which the US can build global support to challenge Chinese economic practices.

Bilateral discussions should ensure that China complies with its unfulfilled WTO commitments, and with any so-called “WTO plus” commitments that may be made in a bilateral deal, such as on state-owned enterprises and cross-border data flows. Embedding these discussions within a strong US commitment to the WTO rules-based framework would focus attention on China as the rule breaker, rather than the US, and enable support from key US trading partners.

Such a “return” to the WTO by the US and China should include two vital elements: a request for a waiver for any deal that includes WTO-inconsistent measures, and a commitment to submit to fast-track WTO arbitration should the two countries disagree.

The waiver: the $250bn US unilateral tariffs, along with China’s retaliation, are dubiously legal under WTO rules. Details trickling out of the bilateral talks suggest that a deal may include a reduction of these tariffs if certain benchmarks are met, or, in cases of non-compliance, their reimposition (called tariff snapbacks). By seeking a WTO waiver for their bilateral deal, the US and China would ensure that any tariff mechanisms were WTO consistent. This pragmatic compromise recognises that the US and China will use bilateral negotiations to address issues, while avoiding a public rebuke of the WTO.

Arbitration: under current WTO rules, arbitration is available to WTO members as an alternative means of dispute resolution. The US and China could agree to resort to WTO arbitration for disputes over existing and new trade commitments, which would be expeditious, unlike general dispute settlement, and would also allow the US to legally impose tariffs (or other trade measures) on China if it refused to comply. It has the added benefit of not having been used. Arbitration between the world’s largest economies would be groundbreaking and re-establish a precedent for solving disputes legally.

Facing pressure for political wins and fixated on trade deficits, the Trump administration may settle for compelling China to buy more US exports and agree to unenforceable changes to its economic model. If it chooses this path, the US will have created a managed trade framework with China — adopting a model out of China’s playbook — at the cost of its commitment to free market values and the international economic architecture.

This would waste a historic opportunity to level the playing field and ensure growth and prosperity for both countries, the world economy, and the global trading system.

Neena Shenai is a visiting scholar at the American Enterprise Institute. She previously served on the Trade Subcommittee staff of the US House Ways and Means Committee and is co-author of an AEI/Brookings Institution policy paper on US-China economic relations.