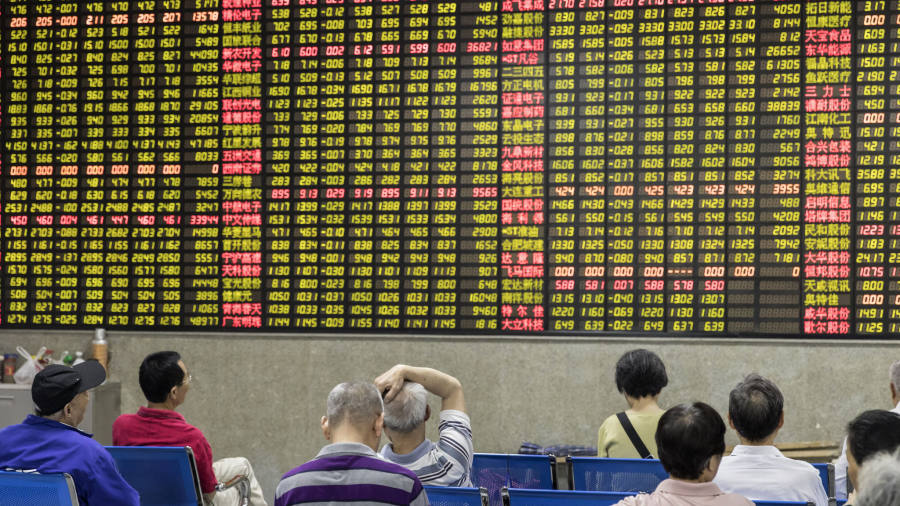 Last summer, US senator Marco Rubio sent an incendiary open letter to MSCI — a financial index provider and analytical software provider little-known outside the world of investing. He accused it of putting US pensioners at risk, supporting Chinese human rights abuses and even imperilling American national security.

The trigger was MSCI’s 2018 decision to include some Chinese stocks in its benchmarks, especially its influential MSCI Emerging Markets Index. The company gradually increased the weighting of Chinese equities during 2019 to 4 per cent of the EM index, which is used as a benchmark by investors managing nearly $2tn.

Many of those investors are American, and the prospect of US money gushing into China’s stock market at a time of rising tensions between Washington and Beijing infuriated the Florida senator and one-time Republican presidential candidate.

“We can no longer allow China’s authoritarian government to reap the rewards of American and international capital markets while Chinese companies avoid financial disclosure and basic transparency,” Mr Rubio thundered, demanding that MSCI explain how and why its decision was made.

It is easy to dismiss this intervention as uninformed political grandstanding. The inclusion of China in MSCI’s emerging-markets benchmark was widely desired among the investment management groups that are its customers. The carrot of index inclusion can also be a powerful motivator for countries to improve their capital markets.

Moreover, US investors can and already do trade Chinese securities irrespective of whether they are in any index. Given that China is easily the world’s biggest emerging market — it may soon even surpass the US as the world’s biggest economy — it would look odd to keep it outside the most important EM index. The transparency, corporate governance and technical standards of China’s financial markets may lag far behind the US, but it is little different from many other parts of the developing world.

Nonetheless, the controversy highlights an under-appreciated fact. The huge shift from traditional, active asset management to passive, index-tracking funds since the financial crisis has made the major index providers enormously powerful.

The global index fund industry has grown fivefold over the past decade to $11.4tn by the end of November last year, according to data compiled for the FT by the Investment Company Institute. BlackRock estimated in 2017 that there was another $6.8tn in index-tracking strategies managed internally by sovereign wealth funds, endowments and pension plans. Assuming the same growth rate since then, there are now roughly $20tn of investments that strive only to mimic an underlying index.

Regulators, politicians, academics and activists have often focused their attention on the influence of the biggest passive investment managers, BlackRock, Vanguard and State Street. But when it comes to their index funds, in practice they outsource their investment decisions to another “Big Three”: the dominant index providers MSCI, S&P Dow Jones and FTSE Russell.

A new paper entitled “Steering capital: the growing private authority of index providers in the age of passive asset management”, by Johannes Petry, Jan Fichtner and Eelke Heemskerk at the universities of Warwick and Amsterdam, spells out why this is such a big deal, saying: “We argue that these index providers have become actors that exercise growing private authority as they steer investments through the indices they create and maintain.”

The index providers say that inclusions, exclusions and weighting changes are largely a technical matter and they have very little discretion in these decisions. The three academics argue that this is something of a cop-out.

The criteria may be informed by their asset management clients, but they are defined and formalised by the index providers. “Hence, in this new age of passive asset management, index providers are becoming gatekeepers that exert de facto regulatory power and thus may have important effects on corporate governance and the economic policies of countries,” the paper concludes.

Controversies such as China’s inclusion in the MSCI EM index obscure this far bigger issue: as passive investing continues to grow, so too will the power of those that provide indices for these funds to track.

Some investment groups are experimenting with “self-indexing” — making their own benchmarks to save the money that goes to the big providers — while Vanguard has shifted some of its funds to indices constructed by Chicago Booth’s Center for Research in Securities Pricing. Companies like Morningstar are trying to crack the indexing oligopoly, earlier this month poaching one of FTSE Russell’s top executives to lead its efforts.

But this is unlikely to dent the overall trend. Index providers are an under-appreciated power in finance, and that power is only likely to grow. At some point, politicians and regulators will have to stop scrambling after facile headlines, and attempt to tackle this far thornier, more complex issue.

Booty-Bumping Meth: Harm Decrease for the practice that is under-Discussed