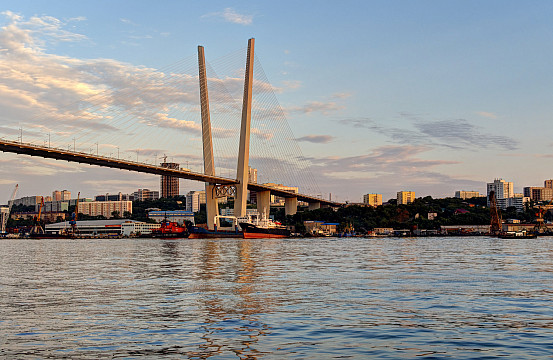 “The Chinese are invading Russia, not with tanks but with suitcases,” began a Stratfor assessment of the Chines presence in Russia, citing the then-head of the Russian border guard services. That ominous statement from 2000 is still echoed today, particularly in Siberia and the Russian Far East, Russia’s two sparsely populated eastern regions.

A recent article in the Asia Times helpfully sums up some of the local wariness toward the purportedly massive Chinese influx into the regions. The article discusses how the increasingly visible presence of Chinese businesses and tourists, often breaking long-held local socioeconomic norms, have stoked local fears about a demographic invasion of the depopulating eastern Russia from a northeastern China with 20 times the population. Negative coverage of the Chinese presence in Russian media has only helped to cement the “China threat.” And that threat is further compounded by a belief that Chinese nationalists remain bitter that the region was ceded to Czarist Russia by the Qing Dynasty two centuries ago through a humiliating unequal treaty.

My Ph.D. dissertation research, on the presence of Chinese migrant communities in the Russian Far East, reveals that some of the wariness is highly justified. Several scholars put the estimate of Chinese population in the Russian Far East, a region home to little more than 4 million people, at more than 200,000 in the early 1990s, when the collapse of the Soviet Union triggered under-regulated border crossings. Field visits to wholesale markets of Vladivostok and Khabarovsk, the region’s main cities, also show the dominance of Chinese suppliers and retailers in products ranging from vegetables and toys to car parts and furniture.

However, dig a little under the surface and you’ll find the Chinese presence in the region to be on the wane.

One reason is increased regulation by Russian authorities. Chinese traders in the wholesale markets speak of more visits by the police and other law enforcement officials, followed by fines for supposed “infringements.” Combined with rising costs of renewing yearly business visas and import tariffs, such fines have dramatically increased the cost of doing business in recent years. Moreover, the same private, small-time traders have found themselves entirely shut out from more profitable trades involving the Russian Far East’s vast untapped natural resources, which are almost exclusively driven by Chinese state-owned firms in collaboration with politically connected Russian oligarchs.

The difficulties faced by Chinese traders are in some ways intentionally engineered by top-level decision-makers in Moscow. Fully aware of the Chinese economic dominance in the Russian Far East, the Kremlin has been trying to diversify the region’s inbound foreign investments. The Eastern Economic Forum, held annually since 2015 in Vladivostok, is partially intended to be a platform for attracting foreign investors, especially from Japan and South Korea, to supplant the Chinese in the Russian Far East. At the grassroots level, the increasing presence of Korean tourists and Vietnamese traders in the region’s main cities show at least some success of the diversification strategy.

But perhaps the biggest factor that predicts a reduced Chinese presence in the future is the dire economic conditions in the Russian Far East. When asked about their businesses, Chinese traders in the region unanimously state that it has become less profitable over the past few years, citing local consumers’ waning purchasing power as the primary cause. More specifically, they point out that the Russian ruble has lost half its value relative to the dollar since 2014, making goods imported from China more expensive for locals suffering stagnant nominal wages. Combined with continuing depopulation, the local consumer base is shrinking fast, with little prospect for a sustained rebound in the future. As profits suffer, all traders mention many colleagues closing up shop and leaving Russia for good, with ever fewer newcomers to replace them.

Difficult conditions for Chinese business people are reflected in the decline of the Chinese population in the Russian Far East. While definitive numbers are unavailable, local Russian scholars estimate that the total Chinese resident population in the region today has dwindled to no more than 70,000. These scholars note that as the Chinese incomes continue to increase relative to the Russians’, Chinese presence in the region will become more “transient,” consisting mainly of short-term tourists and students seeking bargains rather than long-term traders seeking profits.

Xiaochen Su is a Ph.D. candidate at the University of Tokyo specializing in immigration issues. He previously worked in East Africa, Taiwan, South Korea, and Southeast Asia.