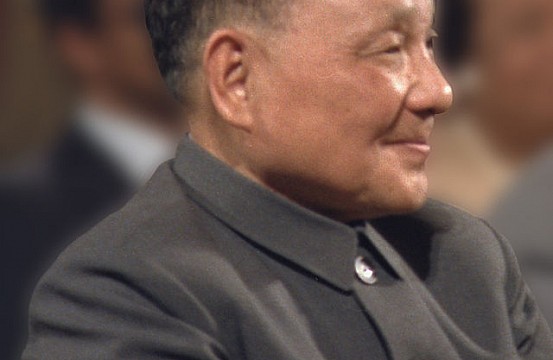 The remote valleys and mountains of Cao Bang province are peaceful places rich in natural resources and home to the Tay, Nung, Dao, and Hmong peoples of Vietnam. The province sits on the Sino-Vietnamese border and in 1979 was at the hinge of a territorial dispute that would define the strategic politics of Southeast Asia and beyond until the present day.

Historians considering the short border war of 1979 between China and Vietnam have long concluded that the Chinese invasion into the north of Vietnam – an attempt to exert some control over Vietnamese expansion in Indochina — was a military failure. Vastly superior Chinese forces were met with determined resistance by a regular Vietnamese force capable of successful guerrilla tactics. The analysis continues that after heavy losses Chinese forces sulkily withdrew back across the border, never to trouble the peace again.

Indeed ex-U.S. president Jimmy Carter recently tweeted that unlike America, which has been in a state of almost permanent conflict since 1979, China since the same year has not fought a war of any kind. Carter’s point seems to be that the Chinese eschewed war in return for domestic modernization and industrial development. However, a more compelling idea may be that China knew how to conduct a short, limited war in order to set the conditions for a long and wide peace.

In War and Peace, Strategy Matters

The Chinese premier at the time of the Sino-Vietnamese War was Deng Xiaoping, a highly rational leader who understood the art of strategy probably better than most. His country was desperately in need of domestic modernization and reform. China was being squeezed both from the north — by a Soviet Union at the height of its military power — and to the south, where a unified Vietnam was steadily gaining strength under the stewardship of its Soviet partner. Following the border disputes of the 1960s Beijing’s relationship with the Soviet Union was at a low ebb, while relations with Hanoi had been steadily deteriorating since the end of the Vietnam War and U.S. withdrawal from Indochina. Hanoi’s treatment of ethnic Chinese in expelling them from the country and decision to engage in conflict in Cambodia to limit Chinese influence there were seen as ingratitude for the economic and military assistance China had given to Hanoi during the Vietnam War.

The alliance between Hanoi and Moscow and the Soviet-led rallying of other countries to encircle China meant Deng confronted the real possibility of a future war on two fronts. What he wanted was to create a secure international environment in order to conduct domestic reform.

Deng’s plan was to teach Vietnam a lesson while minimizing the possibility of a wider conflict or serious engagement with the Soviet Union. In achieving this he faced domestic opposition. Critics saw a shift to conflict against Vietnam as a diversion of resources from deterring the Soviet Union on the northern border. Others would point to deficiencies in the Chinese military, which was seen as unprepared for a serious conflict. Many in the Communist Party thought a war with Vietnam would create a long-term hostile situation in Southeast Asia — and worse, risked drawing the Soviet Union into a full-scale conflict.

Deng was a pragmatist and realized his power in the country was not yet consolidated. He had particular concerns about the state of his armed forces, whose effectiveness and competence he doubted. He realized that if any plans to reform were to succeed, it might have to be on the back of failure. And if that were the case then failure needed to be managed. A tightly managed war would provide him with the control he needed to bring about the reform he wanted.

It was here that Deng’s strength as a strategist came to the fore. He calculated that provided his own military objectives were modest, the Soviet Union would not be inclined to move forces committed to Europe. A short war would also limit the cost while being sufficient to teach Vietnam the “lesson” it needed. As for the West, he assessed that there would be no U.S. opposition in breaking up a Soviet-led communist consolidation of Indochina; there should only be the opportunity of accelerating the normalization of relations.

With the idea of the war launched, Deng set about making it so. He first laid the diplomatic foundations with the United States, Japan, and other nations in Southeast Asia. Shrewdly he did not follow the practice of previous Chinese leaders in emphasizing China’s strength – he stressed China’s poverty, backwardness, and its willingness to learn from Western countries. In Southeast Asia he labelled Vietnam as the “Cuba of the East” and emphasized Chinese solidarity. A peace agreement signed with Japan and smiling normalization summits with the United States provided the international support Deng believed he needed.

Did It Go As Planned?

Deng’s generals attacked with over 200,000 troops across the Vietnamese border with the intention of capturing six regional capitals in a few days, at which point victory would be declared.

This is where it went wrong.

The 50,000 opposing Vietnamese were highly organized and had considerable combat experience gained in wars in Cambodia and against the Americans. The Chinese tactics were outdated, and their forces suffered from poor levels of organization and inadequate logistics. Far from repeating the successes of the Sino-Indian War of 1962, the Chinese became bogged down and suffered heavy casualties. It was not the quick, decisive campaign the generals had predicted, and Deng had hoped for. Eventually and with great effort they would capture three of the regional capital objectives.

But to Deng limited success in the field did not automatically amount to strategic failure. He had held onto the reins of all instruments of national power in this conflict, setting limits on the duration, cost, and scope of the operation. When events turned bad, Deng would have none of the mission creep and talk of “just one more push” so common among ego-bruised generals and desperate politicians. With no sign of the Soviet Union sailing over the horizon – Vietnam was important to the Soviets, but not that important — and the West ambivalent to Beijing’s actions Deng banked what he had and, to the fury of his field commanders, ordered Chinese forces to withdraw.

The military campaign was certainly not the quick decisive victory expected. But Deng did not view victory in messianic terms. Chinese forces withdrew in relatively good order and announced that Vietnam had been taught a lesson. While the conflict did not bring stability to the northern border with Vietnam and did not, in the short term, cause Vietnam to cease interfering in Cambodia, Hanoi did become more docile. The conflict had driven a wedge in the Soviet-Vietnamese axis and demonstrated clearly the limits of the Soviet-Vietnamese treaty, which ensured more circumspect future behavior from the Vietnamese. The limits of Soviet preparedness to interfere in Chinese affairs had been successfully tested and shortly after withdrawing from Vietnam, China terminated the Sino-Soviet Stability Treaty. China’s prestige in Southeast Asia was enhanced and encouraged the formation of a strong association of nations opposed to Vietnam. Over time, the impact of the conflict would cost Vietnam economically as it found itself having to invest heavily in the resources necessary to defend itself against future Chinese aggression. Following Soviet failure in Afghanistan and increasing Soviet weakness, Hanoi could no longer continue its aggressive posture and would finally withdraw from Cambodia in a peace made on Chinese terms.

Domestically Deng’s influence increased considerably and following the failure of the military there could be no argument against the reforms he wanted being made. A younger, more loyal generation of senior officers would mold the image of the Chinese military to Deng’s agenda.

Rapprochement with the United States and the West did not bring the accelerated benefits Deng had hoped for. A military assistance program did follow but it fell short of largescale arms sales. With access to Soviet technology now closed the Chinese would begin to build the indigenous military-industrial complexes it relies upon today. Out of necessity grew a military-economic capability that allows China an independence of strategic capability probably second only to the United States.

In a world where failures of strategy surround us, the leadership of Deng is striking, if only for how often it is overlooked. Rational and sharp his decision making roamed across war and peace, domestic and international politics, and fused the national instruments of power.

Of course, some of it did not work as it should. But when you consider how the region changed in China’s favor and the domestic reforms that Deng was subsequently able to make, it puts to shame more recent strategic policymaking to bring about regional stability.

James Maclaren is a London based freelance journalist who travels extensively in the Asia-Pacific region and writes on defense and security matters.