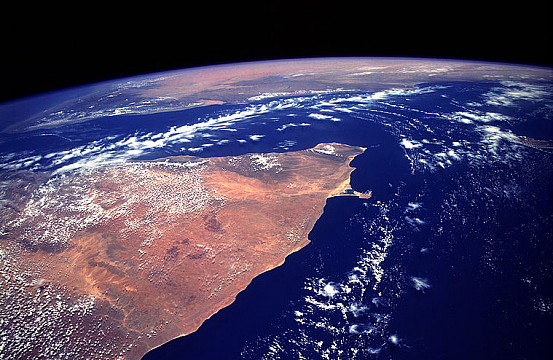 On April 26, Sheikh Mohammed bin Rashid al-Makhtoum, the ruler of Dubai, signed $3.4 billion in investment deals between the United Arab Emirates (UAE) and China. These contracts were hailed in Dubai-based news outlet, Khaleej Times, as a catalyst for a UAE role in the Belt and Road Initiative (BRI). Overall, annual trade between China and the UAE is expected to increase to $106 billion by 2022.

While this major boost to the China-UAE economic partnership follows years of strengthening trade links, the foreign policies of both countries are not aligned in numerous respects. The most commonly cited obstacles to a durable China-UAE partnership stem from Beijing’s deepening economic links with Iran and Qatar, but conflicting interests on the Horn of Africa could also emerge as a cleavage between the two countries. The primary areas of contention between China and the UAE in the Horn of Africa relate to trade policy and the status of Somaliland, an autonomous region of Somalia that has independence aspirations.

While UAE officials have cautiously framed the DP World-CMP incident as an isolated case and insisted that Abu Dhabi will not take sides in the U.S.-China trade dispute, the ambitious trade policies of both countries suggest that China-UAE trade conflicts in the Horn of Africa could become more frequent. As China’s economic interests on the Red Sea continue to grow, the UAE could see the leverage accrued by its investments in critical ports, like Saudi Arabia’s Jeddah and Somaliland’s Berbera, be eroded by Chinese competition, resulting in new sources of tension.

In addition to trade disputes, differing views between China and the UAE on the status of Somaliland could emerge as a future source of friction between the two countries. As UAE-Somalia relations have deteriorated markedly since Mogadishu refused to join the blockade against Qatar in June 2017, Abu Dhabi has deepened its relationship with Somaliland. The UAE plans to have an operational military base in Berbera by June 2019 and has trained Somaliland’s military personnel as part of this basing agreement.

Ali Bakeer, an expert on the Gulf region at Ankara’s ORSAM think tank, told The Diplomat, that the UAE’s investments in Somaliland aim to separate the autonomous region from Somalia and resemble Abu Dhabi’s support for separatist enclaves in other regions, like southern Yemen and northern Syria. This policy is squarely at odds with China’s efforts to promote power centralization in Somalia, and frequently stated opposition to external interference regarding Somaliland’s status. As China strengthens its pivot toward Somalia, due to Somaliland’s objection to Mogadishu’s decision to grant Chinese ships fishing rights in Somaliland ports, this policy divergence could sharpen in the months to come.

In spite of these disagreements, the China-UAE relationship in the Horn of Africa has yet to devolve into a state of strategic competition. The UAE remains focused on restricting Turkey’s influence on the Red Sea, as Ankara’s close ties with Somalia and burgeoning relationship with Sudan threaten to undercut Abu Dhabi’s geopolitical aspirations. China is the UAE’s leading supplier of manufactured goods and industrial materials, and Abu Dhabi’s BRI integration goals also restrict its ability to directly confront China in the Horn of Africa.

The most significant geostrategic risk that could convert latent China-UAE tensions on the Horn of Africa into a more hostile relationship is Abu Dhabi’s continued militarization of the region. The UAE’s takeover of the Yemeni island of Socotra in May 2018 highlighted its willingness to unilaterally use military force to bolster its regional influence. Although the UAE ultimately withdrew from Socotra as a result of Saudi Arabia’s mediation efforts, concerns are growing that the UAE’s aggressive pursuit of new bases in the Horn of Africa will exacerbate regional power rivalries and trigger an accidental interstate conflict.

Although Chinese officials have remained silent about the UAE’s activities in the Horn of Africa, Beijing’s numerous investments in Somalia, Djibouti, and Ethiopia ensure that it does not want the region to become subjected to an interstate conflict. In order to highlight its desire to avoid an interstate war, China has emphasized the stabilizing nature of its base in Djibouti and has offered to mediate border disputes between Eritrea and Djibouti.

To the UAE’s credit, Abu Dhabi played a crucial role in successful resolution of the Ethiopia-Eritrea protracted conflict in June 2018, and these diplomatic actions reflect its interest in preserving collective security on the Horn of Africa. Nevertheless, the UAE’s continued hostility toward Somalia suggests that it is not universally committed to this goal. If Abu Dhabi’s tensions with Mogadishu persist as Ethiopia seeks to mediate a truce between Somalia and Somaliland, the credibility of the UAE’s efforts to frame itself as a stabilizing force in the Horn of Africa could be tarnished and tensions with China might commensurately rise.

Although the China-UAE bilateral relationship is rapidly strengthening, especially in the economic sphere, both countries possess conflicting interests in the Horn of Africa that are not easily reconcilable. While these disagreements are unlikely to threaten the UAE’s aspirations of BRI inclusion or its trade deals with China, they add a layer of tension to the Beijing-Abu Dhabi relationship that could surface in a more significant way in the event of renewed conflict on the Horn of Africa.

Samuel Ramani is a DPhil candidate in International Relations at St. Antony’s College, University of Oxford. He is also a geopolitical analyst who contributes frequently to the Washington Post, Carnegie Endowment for International Peace and Al Monitor. He can be followed on Twitter @samramani2.