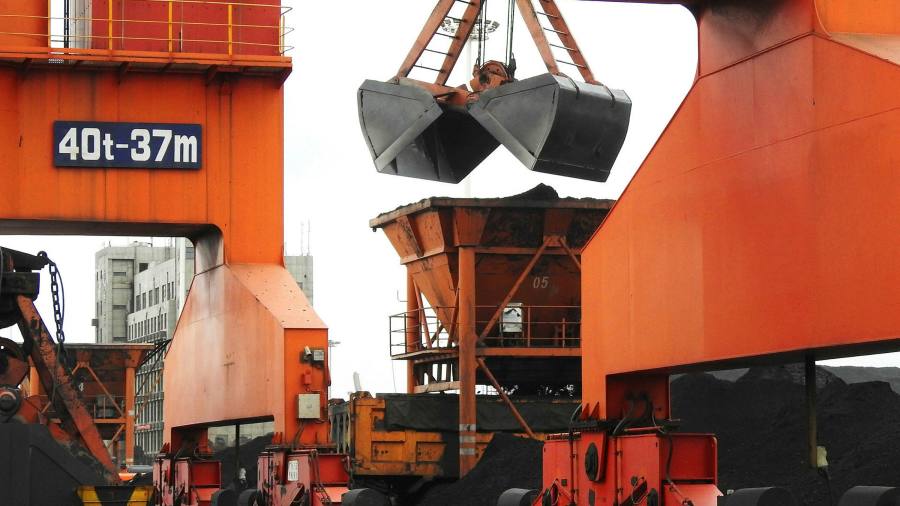 Coronavirus lockdowns have hit the market for thermal coal, where demand is expected to fall by the most this year since the second world war after factories power down.

Prices for the fossil fuel — used to generate electricity in power stations — held up during the early part of the pandemic crisis before tumbling over the past month. The drop in demand from industries such as car manufacturing has more than outweighed the bump from home usage.

This overall fall in consumption has been particularly pronounced in Europe, where the UK has gone a record-breaking 24 days without using the fuel.

As a result, the price of thermal coal shipped to north-west Europe fell to its lowest level since 2003 last week, below $40 a tonne. High-quality Australian coal — the benchmark for the vast Asian market — has dropped to a four-year low at $51 per tonne, down from about $68 a month ago, according to the latest assessment from Argus, a data provider.

Low-grade coal from Kalimantan in Indonesia, which is popular in China, hit $24 a tonne, down more than one-fifth over the past month.

“We expect global coal demand to fall by about 8 per cent in 2020, the largest drop since World War II, with coal use declining in virtually every sector of every region in the world,” the International Energy Agency said in its Global Energy Review, published last week.

Just 1.7m tonnes of coal were unloaded from ships at ports in the Netherlands last month, down 44 per cent year-on-year. Germany, Italy and Spain witnessed falls of 74 per cent, 55 per cent and 58 per cent respectively, according to Braemar ACM Shipbroking.

“Right now it is almost as if the world has run out of a marginal coal buyer,” said Demetris Polemis, a portfolio manager at Paralos, a hedge fund focused on maritime transportation. “You can see it in the commodity and the pricing of the freight.”

In the cash market, the cost of hiring a Panamax vessel, used to ship coal and other dry commodities, is just above $6,000 a day, down from $11,000 this time a year ago.

The pandemic had initially supported coal prices because of supply disruptions in China. But that changed as key consumers such as India went into lockdown, just as the Chinese coal industry returned to work.

Demand in the world’s second-biggest economy has settled at about 85 per cent of normal levels for the time of the year, according to Morgan Stanley. As a result, coal prices in China have slipped below the Rmb500-Rmb570 per tonne level targeted by policymakers.

Beijing is wary of letting prices fall too far in case the viability of its heavily indebted coal industry comes under threat.

“Some import restrictions in southern China have already been put in place and there’s a risk that more will follow,” said Joe Aldina, head of coal analytics at S&P Global Platts.

However, for big international miners selling higher-quality coal to Japan and South Korea, the drop in coal prices has been offset by lower costs for production. The collapse in currencies such as the Australian dollar against the US dollar, for example, has reduced local labour expenses, while lower fuel prices mean it is cheaper to run big haul trucks and giant shovels at mines.

Glencore, the miner, locked in its annual supply agreement with Japanese utility companies at the start of April at just under $70 a tonne.

Welcome To Paperless Pay Day Loans And Much More