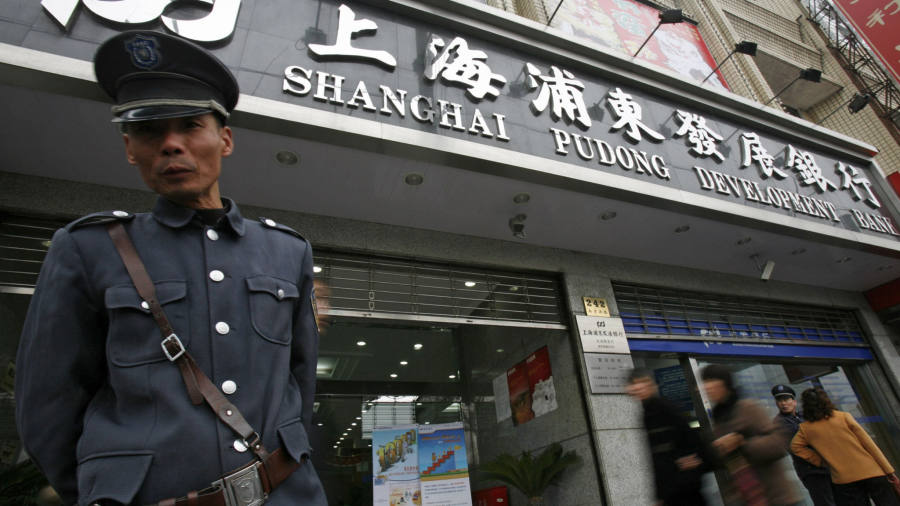 Shares in three of China’s largest banks fell on Tuesday in response to fears they could be singled out for US penalties over alleged breaches of North Korean sanctions.

Bank of Communications, China Merchants Bank and Shanghai Pudong Development Bank were found in contempt by a US court for failing to comply with subpoenas related to investigations into North Korean sanction breaches, according to the Washington Post.

The report, which refers to a document posted to a US district court website on May 15, also said that Shanghai Pudong Development Bank could lose banking privileges in the US after violating a subpoena issued under the US Patriot Act.

The three banks — which have not been named by the US court — allegedly worked with a Hong Kong-registered front company to launder more than $100m on behalf of a sanctioned North Korean bank.

The US has previously sought to sanction small Chinese banks, such as Bank of Dandong, due to alleged illegal business activity with North Korea. But any move to cut off a large Chinese bank’s access to the US financial system would represent a strong escalation in such measures.

Blocking Shanghai Pudong Development Bank from processing US dollar transactions would be a heavy blow to the lender, which has $900bn of assets. It has no branch in the US, but it has an account to handle US dollar business.

The news comes as the US and China face off in a bitter and intensifying trade war. The Trump administration has also attempted to cut off access to US markets for several Chinese technology companies, including telecoms equipment maker Huawei.

Shares in the Chinese banks fell on Tuesday with state-owned Bank of Communications, China’s fifth-largest bank, closing down more than 3.7 per cent in Hong Kong. Shares in China Merchants Bank, the country’s largest lender owned by state and private investors, were down 7.6 per cent.

Shanghai Pudong Development Bank, the largest local lender in the financial hub of Shanghai, closed down 3 per cent.

Merchants Bank and Bank of Communications both told Chinese media on Tuesday that they were not under investigation in connection with North Korean sanctions. Shanghai Pudong Development Bank did not deny the US media report but said it would comply with all relevant regulations. None of the banks could be reached for further comment on Tuesday.

A 2017 complaint for forfeiture in a US court named China Merchants Bank, Bank of Communications and Shanghai Pudong Development Bank as three banks that were allegedly used to conduct illicit financial transactions with sanctioned North Korean entities in 2015.

Bank of Dandong was hit with US sanctions in 2017 for its alleged business with North Korea but the lender, based in a city on China’s border with North Korea, is small compared with the three banks named in the US media report.