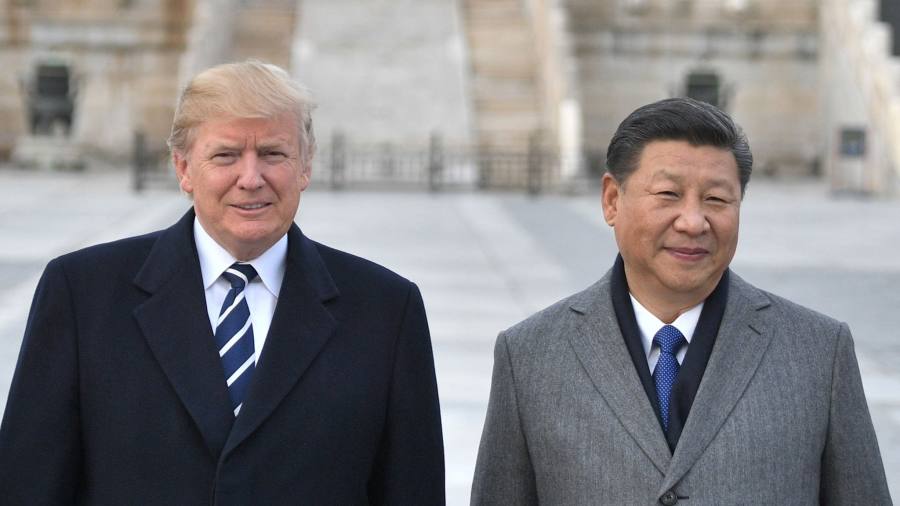 It was a little over six months ago that Donald Trump and Xi Jinping met for a bilateral discussion at the previous G20 heads of government meeting in Buenos Aires. To general surprise, the two declared a truce in the trade war that had been escalating between their respective countries, and decided to talk further.

At the end of this week the presidents of the US and China will meet again, also at the G20, this time held in Japan. In the meantime, the atmosphere has turned toxic and trust between the two has all but collapsed.

Following the meeting in December, Washington and Beijing started to negotiate seriously over a detailed agreement that would constrain China’s ability to intervene in its economy in a way that distorts trade. In return, the US would hold off imposing more tariffs on China and start to undo the actions it had already taken.

The content of the proposed agreement was a very long way from ideal. In some aspects it would have made the global trading system less rather than more liberal, shifting from free to managed trade based on power politics rather than rules.

Its proposed currency manipulation provisions, for example, would have encouraged China to target the level of its currency rather than let it be determined by market forces. Disputes under the treaty would have been addressed by negotiation in joint committees — essentially allowing the stronger party to bully the weaker one — rather than by impartial arbiters. Still, it would at least in the short term have de-escalated the trade war.

Though the talks seemed to be making progress, they collapsed in May just days away from their expected completion. The Chinese negotiating team, perhaps having given away too much, tried to withdraw some of their offers at the last minute. Mr Trump, who seems unaware that it is harder for the opposing team to negotiate when it is being put under public pressure, continued to brandish threats while the talks were in their most delicate stage.

Since then, not only has the engagement stalled but Mr Trump has expanded the trade war into a new sphere in a dramatic way.

He moved first against the technology company Huawei, trying to cut it off from US companies and the American market by placing it on an export blacklist. Then restrictions were widened to other Chinese tech companies.

Mr Trump’s actions suggest he wants to divide the global digital economy and drive out unwelcome influence from tech supply chains. If he is serious about separating off the US from the Chinese economy in this way — and he gives every sign of it — then no progress at all will be possible in any substantive bilateral deal.

US-Chinese trade relations will become a battle over which government can inflict economic pain on its own people for longer before one capitulates, or the world economy is indefinitely divided.

If Mr Trump and Mr Xi are genuine in their stated desire to resume serious talks, they need to make a substantive gesture to indicate that they are prepared to make political sacrifices. At the very least, they should roll back some of the tariff increases they have imposed on each other during the past two years.

Absent that willingness to climb down from the offensive positions they have both occupied, the rest of the G20 — and indeed governments, companies and consumers across the world — should conclude that the US-China trade war has no end in sight, and make preparations accordingly.