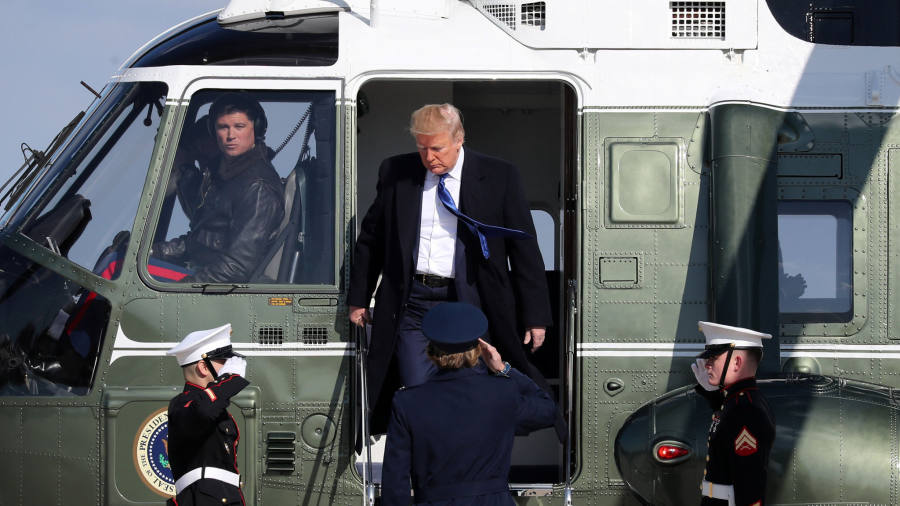 Donald Trump said on Friday he had yet to agree to roll back tariffs on Chinese goods as part of a preliminary trade pact, casting uncertainty over progress made in negotiations.

US and Chinese officials had indicated on Thursday that both sides had agreed to reduce their tariffs to secure a “phase one” deal. The Financial Times reported this week that the White House was considering rolling back levies on $112bn of Chinese imports.

The president told reporters on Friday that China would “like to have a rollback” but added: “I haven’t agreed to anything.”

“China would like to get somewhat of a rollback, not a complete rollback because they know I won’t do it,” he said.

Shares on Wall Street, which has been in the midst of a month-long rally after Washington and Beijing agreed to the outlines of a “phase one” deal, sold off after Mr Trump’s remarks. But equities regained lost ground later in the day, with the S&P 500 closing 0.3 per cent higher.

Peter Navarro, the hardline White House trade adviser, belittled the Chinese commerce ministry’s claims on Thursday that the two sides had agreed to reduce tariffs, saying the statement “came right out of the ministry of propaganda” in Beijing.

“There is no agreement to remove any of the existing tariffs as a condition of signing a ‘phase one’ deal,” Mr Navarro told National Public Radio. “We would be willing . . . to postpone [new] tariffs but not roll back any existing tariffs, that’s the fine distinction here.”

He accused Beijing of trying to “negotiate in public”, adding that if the US gave up any existing tariffs Washington would not have leverage to get to further phases in a trade deal.

Mr Trump said he expected to sign the deal, if completed, in the US, possibly in Iowa or another location in “farm country”.

Initial plans to meet Chinese President Xi Jinping on the sidelines of a summit in Chile this month were thwarted when the gathering was cancelled.

China had previously insisted that the trade war could only be mitigated if the US removed some of the tariffs that Mr Trump has imposed since he started the economic fight last year.

The slowing Chinese economy has put Beijing under more pressure to reach a trade deal — which would also be a relief for the global economy. Mr Trump also wants to be able to show US voters that the American economy has reaped benefits from a tough approach to China, and to dispel concerns that the trade war has hit consumers.