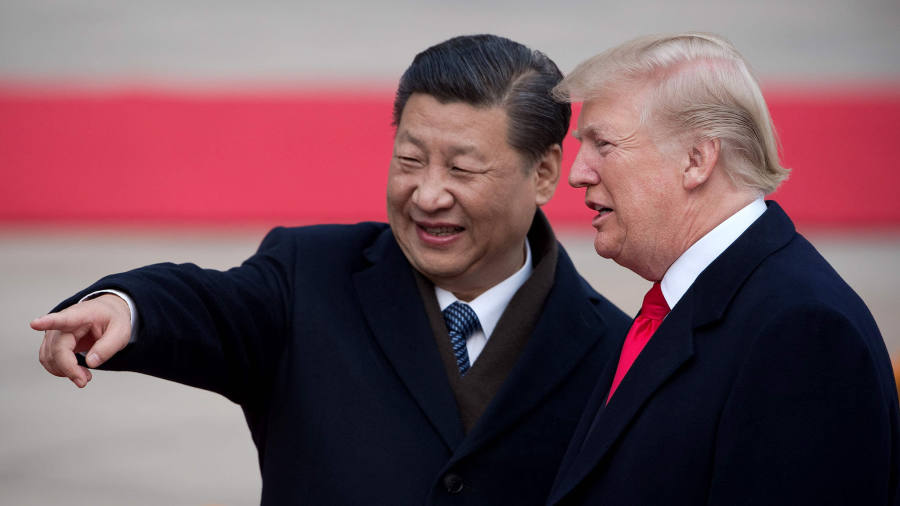 Why have the US-China trade negotiations stalled — and what will Presidents Donald Trump and Xi Jinping need to do to revive the talks when they meet in Japan this week?

The US administration’s current position reflects an internal division. One faction wants to decouple the American economy from China; this group favours tariffs, barriers to cross-border investment, and uncertainties that would compel companies to break supply chains. The other faction seeks to change China’s practices in order to boost US exports, protect intellectual property and technology, and counter discrimination against overseas investors; these actions would expand American economic ties with China. To reconcile these conflicting aims, the compromise has been to make extraordinary demands — and rely on Mr Trump’s instincts to decide whether to do a deal.

The principal problem in the negotiation now is what America will do in return if China takes steps to open markets, buy goods, and secure US interests. For now, Washington has insisted on retaining the tariffs it imposed until Beijing delivers on its promises. US negotiators also want the right to reimpose tariffs whenever America chooses — and to prohibit Chinese retaliation.

When China’s politburo reviewed the prospective deal, it choked on the lack of mutual obligations. The two sides also failed to agree on Beijing’s shopping list for buying US goods. To China, the terms looked unequal, raising old ghosts from 19th-century diplomacy about foreigners treating them with a lack of dignity and respect.

Mr Trump’s decision to blacklist Huawei adds another obstacle. The Chinese do not know whether Washington is seeking to destroy the telecoms equipment group by starving it of critical inputs, to block the company’s business in the US and elsewhere, or to use it as a bargaining chip.

Along with the rest of the world, China has observed that trade protectionism, like immigration and the wall on the border with Mexico, appears to be a core political issue for Mr Trump. Those topics signal authenticity to his political base, so he needs to keep protectionism and hostility to immigrants in the news to show supporters he is true to his word — and different from other politicians. (Mr Trump’s political image is also to avoid military action and to break with his predecessors on North Korea and Iran.)

Mr Trump’s dealmaking is impulsive, based on his political assessment of the moment. If financial markets tumble, he is likely to trim his demands or at least pull back from the brink. If he is concerned about business complaints, consumer costs, and threats to the economy, he could well hold off on more tariff increases, while restarting talks. And if he decides to close after more negotiations, he will trumpet any deal as the “greatest ever”, regardless of the terms.

The biggest weakness of this approach is that tariffs and even a trade deal will not address the full range of Sino-American differences — and opportunities. That extensive docket requires persistent, in-depth interaction. Under Mr Trump, other work streams with China have been consumed by the trade talks. The full agenda must address limits on China’s use of state capitalism, its Belt and Road infrastructure initiative, maritime and regional security, new technologies and human rights. If Mr Trump decides he wants a trade agreement, he will also need a way of reviewing outcomes and adjusting for new needs.

Under Mr Xi, China has been planning a new long-term strategy toward the US, reflecting its perceptions of changed circumstances and likely futures. Mr Trump’s behaviour accelerated that work. While he toys with tariffs and tactics, the US is failing to work with allies to develop a similarly comprehensive approach.

The writer is a former US trade representative, deputy secretary of state and World Bank president