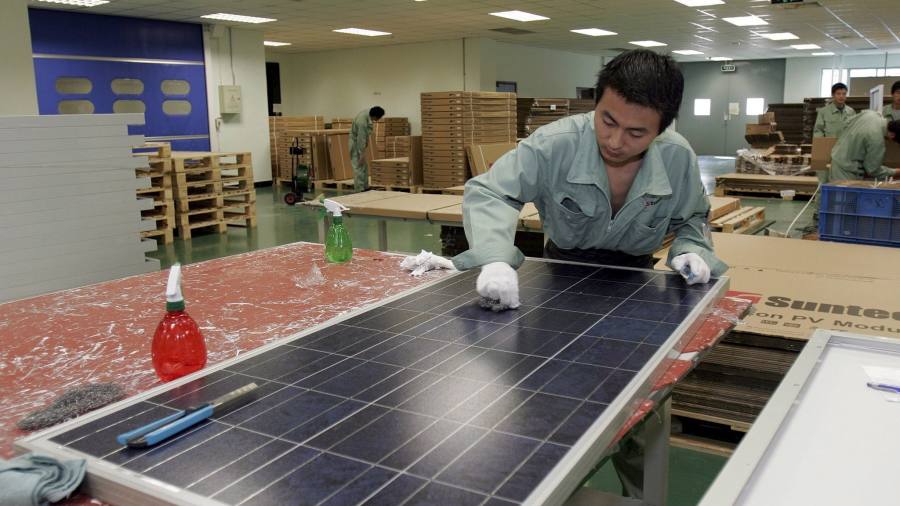 High on the agenda of the G20 summit in Osaka is the attempt to reform the World Trade Organization (WTO). Since the 2018 G20 Summit in Buenos Aires, which launched the reform process, several groups of countries have tabled proposals, including the European Union, Canada and like-minded countries, and China.

However, none of the proposals really addresses the fundamental problem of how to transform the WTO from a framework of global rules applicable to all member countries to one that can accommodate the coexistence of two different and in many instances incompatible economic systems: China’s state capitalism and market economies in the west.

The inability of the WTO to deal with this problem is an important reason for US criticism of the organisation, contributing to unilateral actions by the Trump administration to remedy its grievances against China.

Concretely, the problem is China’s growing support and use of state-owned enterprises (SOEs) — and state-influenced companies — to develop its economy and compete internationally. Beijing’s support for SOEs and other institutional and policy factors have produced an uneven playing field favouring insiders against foreign-owned companies operating in China.

The solar panel industry has been cited as one example that captures the unfair competitive advantages enjoyed by Chinese companies in a sector deemed strategic by Beijing. Thanks to the government’s direct investments, cheap loans, tax credits and mandates and other incentives to encourage domestic use of solar energy, Chinese solar panel producers have grown in a relatively short period to dominate the global market, having vanquished several western competitors.

To address the core problem presented by SOEs, it might be useful to revamp and strengthen WTO provisions for countervailing duties to compensate for subsidies granted to SOEs or specific export industries and products.

The key step here is to formally recognise that China is a non-market economy, allowing importing countries to use alternative methodologies — not reliant on information provided by China — to assess appropriate countervailing duties. This is important, as China has been accused of failing to honour its commitment promptly to notify the WTO of any subsidies to its SOEs.

In addition, the burden of proof could be shifted from the importing countries to China to show that it has not provided unfair subsidies. Finally, if countervailing duties were measured and imposed in accordance with this procedure, China would have to agree not to retaliate.

While this may seem drastic, it should be kept in mind that China’s own accession protocol to the WTO in 2001 accepts the provision of alternative methodologies to calculate countervailing duties. Specifically, Section 15(b) of the protocol states that “ . . . importing WTO members may then use methodologies for identifying and measuring the subsidy benefit which take into account the possibility that prevailing terms and conditions in China may not always be available as appropriate benchmarks”.

Moreover, the fact that China has withdrawn its complaints at the WTO against the US and EU for not granting it market economy status — more than 15 years after its accession — suggests a degree of flexibility in Beijing.

The related problem of an uneven playing field cannot be tackled inside China: it is unlikely that China would commit to changes that would provide a legal and business environment for all companies, domestic and foreign, comparable to that in the west.

Rather, it is probably more practical to think of a way to handicap majority Chinese-owned companies, specially those owned by SOEs, operating in the west — say, with a special tax to offset the advantages they derive from the nature of the Chinese economic system.

Figuring out the appropriate handicap can be challenging. However, a simple way to proceed might be to set it as equal to the countervailing duty assessed on supported Chinese exports to the west. Admittedly, this is a crude approach, but it could go a long way to promoting a sense of fair play in the international market place — an important factor for the credibility of the WTO.

These ideas may seem unrealistic at present. However, faced with the alternative of increasingly aggressive US unilateralism, every trading nation, including China, should be interested in exploring ideas to reform the WTO to accommodate the coexistence of two different economic systems.

Specifically, since China is unlikely to change its economic system, any meaningful reform will probably have to be built around the ideas outlined above. In any event, a failure to reform the WTO to achieve the goal of peaceful coexistence would render the organisation increasingly irrelevant, especially after December when its dispute settlement appellate body could become non-functional given Washington’s refusal to appoint new members to replace those finishing their terms.