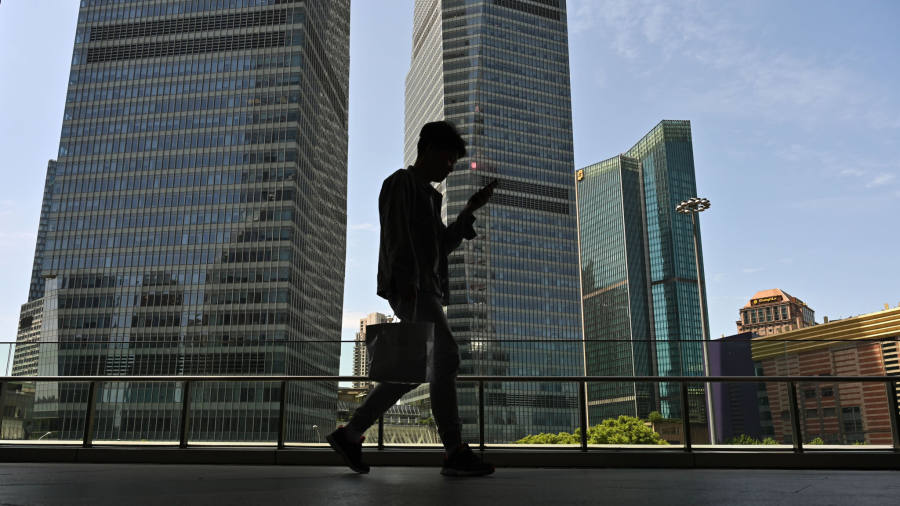 Two Sigma, one of the biggest hedge funds in the US, is building out its office in Shanghai, as it seeks to take advantage of a wave of foreign investment in the world’s second biggest equity market.

The New York-based fund, which has about $60bn under management, is applying for a private fund-management licence. It also plans to apply for a so-called “QFII” quota to invest in A-shares listed in Shanghai and Shenzhen, according to people familiar with its strategy, developing an office it opened in Shanghai last November.

The firm has had an office in Hong Kong since 2012, recently hiring Kenny Lam, formerly president of China-based wealth manager, Noah Holdings, to run the Asia-Pacific region, including mainland China.

Two Sigma’s approach, which relies heavily on computer-driven trading, may not seem a natural fit with the Shanghai market, where retail investors account for about four-fifths of trading volumes, and which is prone to periods of high volatility. Traditionally, strategies such as Two Sigma’s have flourished in more developed markets such as the US and Europe, where fund managers depend on complex algorithms to rapidly profit from small changes in prices.

Yet David Siegel, co-founder of Two Sigma, said “now is the right time” to try to crack China. “The market is young, but it will become more systematic; it is maturing. This is the beginning of an algo approach in China. We are a data science-driven firm; we can find unique ways to make money.”

The move comes at a time when other Wall Street firms are homing in on China, lured by moves by global index providers to increase the weighting of mainland Chinese stocks in their indices. The weighting of Shanghai- and Shenzhen-listed companies in MSCI’s flagship emerging markets index, an influential benchmark tracked by $1.9tn of funds, for example, will rise to 3.3 per cent by November, the New York-based company has said — roughly double today’s levels.

“In the past it was enough to invest in H [Chinese] shares in Hong Kong as a place holder,” said Rebecca Chua, founder of Premia Partners, a Hong Kong-based investment firm that focuses on exchange traded funds. “Now asset owners have to expand their onshore allocation.”

Chicago-based Citadel Securities plans to ramp up its presence in Shanghai, both as a market maker and as an investor, according to people briefed on its plans. BlackRock has long been in Shanghai, but its recent recruitment of Tang Xiaodong, a veteran of JPMorgan and China Asset Management, the wealth arm of the state-owned Citic group, means it now has a widely respected insider to spearhead its China business.

QFII quotas were once jealously handed out to foreign investors so they could invest a certain amount in Chinese securities, but are much more generous today than a few years ago. Analysts say that trend will only intensify as the country’s current account surplus approaches zero, and it needs to attract capital to finance coming deficits.

The introduction of Chinese A-shares into the MSCI last year was “a seminal moment”, said the head of prime brokerage for one major international firm. “Now there is career risk if you don’t invest in China.”