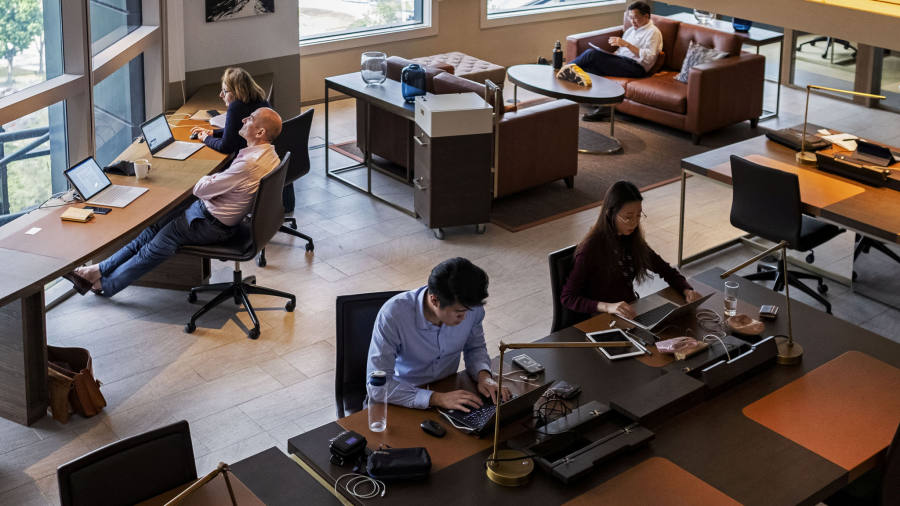 Flats are small in China’s big cities. No wonder ambitious entrepreneurs there like the wide-open vibe of co-working spaces. Ucommune, the biggest rival to WeWork in China, plans to raise up to $200m in a US initial public offering next year. The Beijing-based office specialist has some big investors including Sequoia Capital and Ant Financial. Unlike SoftBank-backed WeWork, Ucommune should get a more grounded market valuation.

Ucommune does share traits with its rival. Both lease buildings long-term, then sub-let space in them short-term to companies, often start-ups. Both have grown in Asia through acquisitions. WeWork expanded in China by buying Naked Hub, a major Chinese shared office operator. But the similarities end there.

The company claims 80 per cent of the its offices do make money. Revenue more than doubled last year. Its strategy of offering less capital-intensive services such as interior design, office management and loans has helped. Yet, swish Italian office chairs mean little when demand for co-working space is declining in China. Its peers have vacancy rates of over half.

Ucommune has a smaller portfolio with about 730,000 sq m of space globally, but also has exposure in London and New York. WeWork has about a quarter more space but generates losses. Then again, on its most recent private market valuation of $3bn for Ucommune looks more of a real estate company than a frothy tech group like WeWork at $47bn.

Chinese-US tensions could derail its attempt to list, as happened last autumn. For those keen on the Chinese co-working market, Ucommune may well appeal. If it has the modernity of WeWork at a fraction of the price, so much the better.