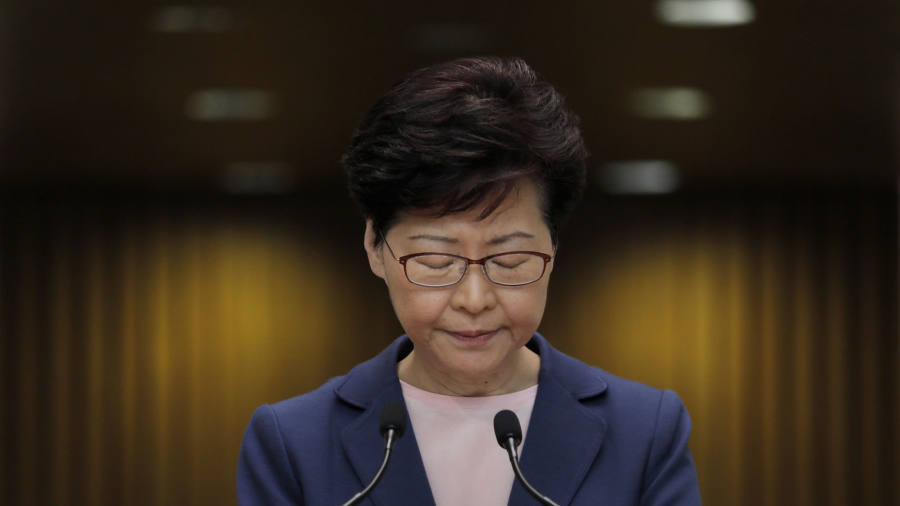 A man working at the UK consulate in Hong Kong has been detained in mainland China, the British embassy in Beijing said on Tuesday, without immediately giving further details.

Cheng Man Kit was detained in early August, said a person familiar with the matter.

According to his LinkedIn account, Mr Cheng worked as a trade and investment officer for Scottish Development International, Scotland’s inward investment agency, at the British Consulate-General Hong Kong.

Reports in Hong Kong media said Mr Cheng had been detained when returning to Hong Kong from the neighbouring city of Shenzhen and he asked his girlfriend to pray for him over a messaging app before she lost contact with him.

Despite nearly three months of protests in its former colony, the UK has managed to avoid the intense diplomatic spats with China that the US, Canada and Australia have experienced over the past year over issues including the trade war, Huawei and the arrest of the companys chief financial officer in Vancouver.

Time is not on our side. You are talking about the 70th birthday of modern China

There have been terse words exchanged between the two countries over Hong Kong, however. China lashed out at the UK’s foreign secretary, Dominic Raab, earlier this month after he spoke to Hong Kong’s chief executive Carrie Lam over the phone about the protests and called for a “fully independent investigation” to rebuild trust.

“It is simply wrong for the British government to directly call Hong Kong’s chief executive to exert pressure,” said a spokeswoman for China’s foreign ministry at the time.

Now the incident involving Mr Cheng threatens to trigger a diplomatic rift that has started to appear between the UK and China, particularly if he does not resurface soon.

The detention has occurred as the city is gripped by protests and political unrest sparked by the Hong Kong government’s attempt to pass a now-suspended bill, that would have allowed suspects to be extradited to China for the first time.

As the protest movement has expanded, China has threatened to directly intervene, possibly by sending in security forces not usually allowed to operate on Hong Kong’s streets without an invitation from the local government, which is semi-autonomous from the central government in Beijing.

Michael Tien, a moderate pro-Beijing lawmaker in Hong Kong, said on Tuesday that he had heard from “sources” that another demonstration planned for August 31 led Beijing to give Carrie Lam a 10-day window in which she had to reduce support for the protesters or face a Beijing intervention.

Mr Tien said that the time limit could change but added that Beijing wanted to ensure that there were no demonstrations during National Day celebrations on October 1. “Time is not on our side. You are talking about the 70th birthday of modern China,” he said.

US vice president Mike Pence on Monday echoed Donald Trump’s message from the day before that it would be hard to make progress on talks to end the US-China trade war if “something violent” happened in Hong Kong.

The US Department of State also announced on Monday that secretary of state Mike Pompeo would visit Canada to discuss, among other things, the release of two Canadian citizens “arbitrarily detained by China”.