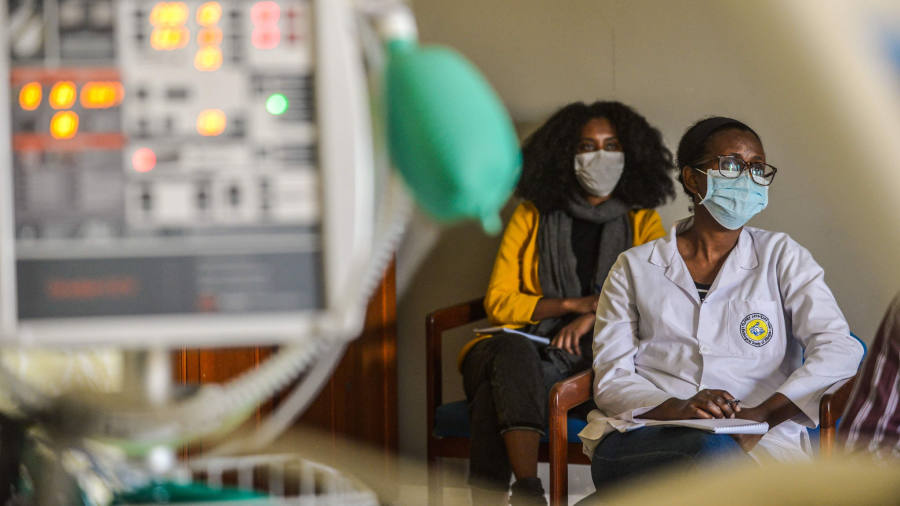 It is a truism that coronavirus recognises no borders. Yet when it comes to helping the world’s most vulnerable countries that fact appears to have eluded what remains of the global governance structure. Many low-income countries are only now being hit by a pandemic that struck first in China, then Europe and the US. In the past few weeks, cases in Africa have risen from almost nothing to more than 5,000. If coronavirus starts tearing through teeming cities, slums or refugee camps, the human cost could be devastating.

For poor countries, the economic whiplash could be even worse than the disease itself. Nations that rely on commodity exports, tourism, remittances or portfolio inflows have seen their sources of income evaporate. Ecuador and Zambia are on the brink of default. South Africa’s sovereign bonds have been downgraded to junk for the first time in 25 years.

This calamity goes beyond low-income countries as classified by the World Bank. India and Nigeria, which are technically lower-middle-income, are home to many of the world’s poorest people. Scenes in India, where a mishandled lockdown triggered an exodus of migrants from cities, show the human cost. No wonder Tito Mboweni, South Africa’s finance minister, admitted to “trembling in his boots” at what might be coming down the track.

Yet faced with an emergency of such proportions — which for poor countries eclipses the 2008 financial crisis — the world’s response has been piecemeal at best. With rich nations battling the virus themselves and Washington and Beijing at odds, global leadership is missing in action. It must be restored — and in a matter of days before the IMF-World Bank spring meetings start on April 17. A co-ordinated response from major agencies, both in terms of financial and health assistance, is crucial.

Some initiatives are welcome. The IMF is making $50bn available in rapid-release facilities, with $10bn of that at no interest for the poorest countries. Another $1tn stands ready for longer-term commitments, though that will be difficult to access quickly. Many poor countries are used to fighting infectious diseases. They can use money well, as west Africa showed when it beat the devastating Ebola outbreak in 2014. They urgently need to buy testing kits, ventilators and protective clothing for healthcare workers.

The IMF has rightly told low-income countries to skip debt-service payments and use the cash to fight the virus instead. African countries are also asking for immediate debt relief from bilateral and private creditors. China, which has lent heavily to developing countries, should also renegotiate payment schedules. This is a start, but it will not be enough. Compare these billions with the trillions wealthy countries have marshalled to prop up their own locked-down economies. Kristalina Georgieva, IMF managing director, estimates that emerging economies will need at least $2.5tn to see them through the crisis.

There are many other ways to help low-income countries, including an expansion and pooling of the special drawing rights the IMF uses for liquidity support. The International Bank for Reconstruction and Development could raise cheap money and lend it on to countries not normally eligible for funds. The World Bank must also drop its usual conditions for loans. This is no time for the fiscal restraint it routinely insists upon.

The global response must be imaginative and bold. Above all, it must be fast. Ghana’s finance minister has called this a “break the glass” moment. If ever there were a time for urgency, it is now.