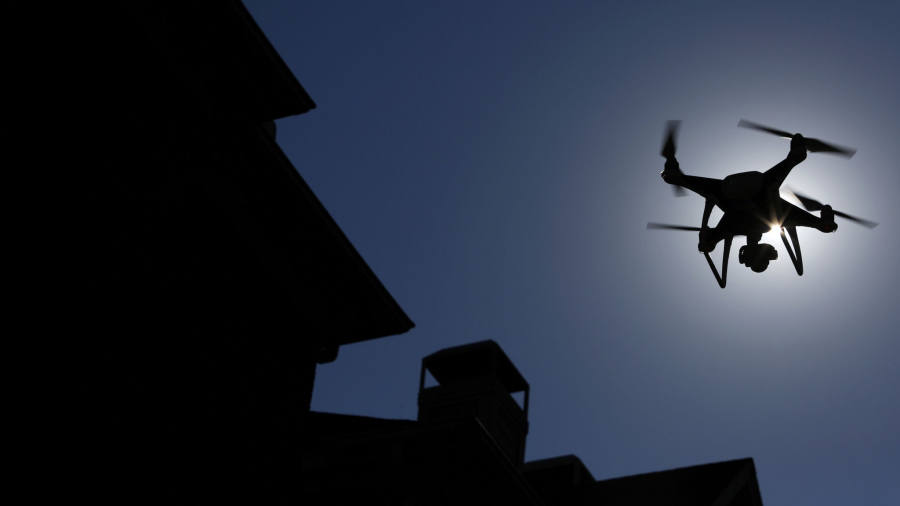 The US interior department has grounded hundreds of Chinese-made drones while it investigates the security of its entire drone programme, one of the biggest in the US government.

The move reflects wider concern in Washington that Chinese-made technology in the US could be used by Beijing for spying. Officials in the Trump administration and members of Congress have warned of the threat posed by drones in particular, especially those made by DJI, the Chinese company that dominates the market.

The department said that until Mr Bernhardt’s review is completed, “the secretary has directed that drones manufactured in China or made from Chinese components be grounded unless they are currently being utilised for emergency purposes, such as fighting wildfires, search and rescue, and dealing with natural disasters that may threaten life or property.”

The Trump administration has already sanctioned several Chinese companies it believes to pose a threat to national security or to have violated human rights in China. They include Huawei, the telecoms equipment maker, as well as several surveillance and artificial intelligence companies.

But officials are increasingly worried about the risk that unmanned aircraft pose, given the data they collect which some believe could then be sent back to China.

Earlier this year, the Department of Homeland Security said it had “strong concerns about any technology product that takes American data into the territory of an authoritarian state that permits its intelligence services to have unfettered access to that data or otherwise abuses that access”.

Those concerns are shared on Capitol Hill, where a bipartisan group of senators has launched a bill that would ban the federal government from buying Chinese-made drones or using the ones they already own.

Until now, the Department of Interior, which uses drones for tasks as varied as mapping, firefighting and land management, has been one of the loudest voices speaking out in defence of using such equipment.

Earlier this year, Mark Bathrick, the director of the Office of Aviation Services at the interior department, told the Financial Times: “We have saved lives with these drones, they have been a game changer.”

Mr Bernhardt’s decision, however, suggests the department’s position could soon change, removing one of the key obstacles to the administration taking a tougher stance on the issue.

DJI, which makes more than 70 per cent of the drones sold both in the US and worldwide, as well as 121 of those flown by the interior department, said it was “disappointed” by the decision.

The company said: “As the leader in commercial drone technology, we have worked with the Department of Interior to create a safe and secure drone solution that meets their rigorous requirements.

“We will continue to support the Department of Interior and provide assistance as it reviews its drone fleet so the agency can quickly resume the use of drones to help federal workers conduct vital operations.”

Last year, the Center for the Study of the Drone at Bard College found that over 500 local emergency service agencies across the US had bought at least one drone from DJI.