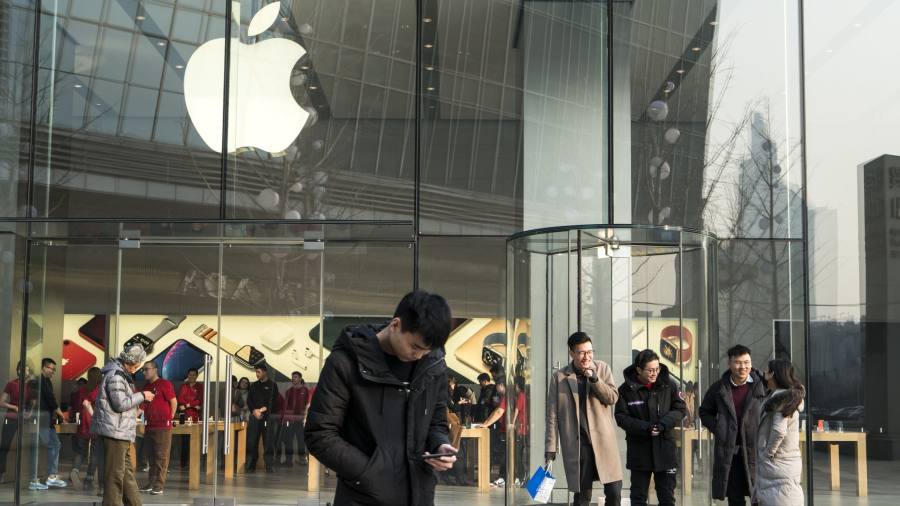 At first glance, the US appears to have the upper hand in its trade war with China. Its bilateral trade deficit of $419bn last year means it can hit many more Chinese products with tariffs than the other way around.

But one element in China may prove to be more important than numbers: the willingness of Chinese consumers to vote with their wallets and boycott US products.

If they do so, the consequences for US companies could be immediate and lasting. Competition in China is fierce, and competitors could use any boycott to deal a permanent blow.

The idea that a rational consumer would make purchasing decisions based on other factors than immediate “utility” is moot. But Chinese consumers don’t always follow conventional economic theory. One company with direct experience is South Korea’s Lotte.

Lotte, largely unknown in the west but a retail juggernaut in Asia, until recently held a major presence in China. In 2017, it operated 112 stores, having entered China a decade earlier.

But when the company agreed to sell a country club it owned in Korea to make way for the installation of America’s Thaad anti-missile system, Chinese consumers expressed their disapproval.

The Thaad system, intended to protect South Korea from its northern neighbour, was seen by the Chinese government as an unwelcome intrusion.

When Lotte agreed to sell its land, Chinese consumers reacted with their wallets. Encouraged by media reports and social media, they boycotted the Korean retailer.

In other parts of the world, consumer actions have historically had a mixed record. The anti-apartheid movement and boycott for example, took several years to gain traction.

Not so in China, where consumers are willing to act swiftly and with great effect. Six months after the boycott started, Lotte announced it would retreat from the mainland, citing losses.

This was not the first case of Chinese consumer ire. In 2012, sales of Japanese cars fell 11 per cent in China during a boycott of Japanese goods.

Then, the cause was a conflict between China and Japan over the strategically located Senkaku Islands. The conflict remains unsettled, but commercial harm to Japanese firms was real.

When the previous Filipino government had a conflict with China over the South China Sea, its banana producers suddenly couldn’t find buyers in their biggest export market.

It took Chinese consumers several years to rediscover their appetite for Filipino bananas. But when the newly elected President Rodrigo Duterte normalised relations with Beijing, consumers did come around. In 2017, the Philippines exported bananas worth $288m to China, up 50 per cent from a year earlier, Chinese news agency Xinhua reported.

It all raises the question: could a similar boycott hit US companies as the trade dispute drags on? And could it alter the competitive position of US companies permanently?

Jin Canrong, a professor at Renmin University, last month suggested the answer was yes in an op-ed in the Global Times.

“US companies entered China at a very early time,” he wrote. “They reaped large profits in the Chinese market, higher than Chinese companies earned in the US.”

Consumers should feel free not to buy from US companies, he suggested, because China would lose only “compradors” — a term used in the past to denounce Chinese working as agents for foreign organisations — rather than ordinary workers, if US companies suffered as a result.

He described the activities of US companies in China as one of Beijing’s three trump cards in a trade war it would win against the US. The other two were its ability to ban exports to the US of rare earths — vital in batteries for electric vehicles and other advanced technologies — and to sell its vast stock of US Treasury bonds.

It is unclear whether such opinions will gain traction. But if they do, the chances are that Chinese consumers will go above and beyond what their government is bargaining for.

In that case, the consequences for US companies such as Starbucks, Apple and General Motors, all of which have many Chinese customers, could be both real and permanent.

Indeed, in China’s competitive market environment, unintended losses in market share can quickly become set in stone, as other competitors move in and changes take place in consumer habits or loyalty.

Consider again the case of Lotte. The fallout over the US missile system could have blown over. But Chinese consumers made a change, liked it and moved on. Meanwhile, e-commerce had advanced. China’s online landscape has evolved so rapidly that most Lotte consumers are now likely to shop online.

Chinese beauty brands also evolved, raising quality while keeping prices low. Lotte, with its high-end Korean brands, might have lost its competitive edge even in the absence of a boycott.

A similar fate could await US companies. Take Starbucks. It already faces competition from Luckin, a 20-month-old Chinese rival that went public on May 17, which operates about 2,000 stores.

Luckin undercuts Starbucks on price. It also targets the Chinese smartphone consumer, offerings deals and delivery where Starbucks lags. It is expanding at breakneck speed. Following its $4bn IPO, it aims to have 10,000 stores in operation by 2021. Starbucks has opened 3,700 stores since it arrived in China 20 years ago.

Apple, too, faces headwinds. Its iPhones sales in China fell 30 per cent in the first quarter of 2019, to 6.5m units from 9.3m a year earlier, according to research firm Canalys. This may already be the result of a consumer reaction to the US campaign against Chinese handset and equipment maker Huawei, Wired reported last month — suggesting that if China really wants to retaliate, it will target Apple.

The greatest gains in China’s smartphone market in recent years have been for Huawei. It offers high quality, low cost devices favoured by many consumers, regardless of the trade war.

In such a fierce and competitive environment, the additional headwind of a Chinese consumer boycott could knock Apple and other US companies off course for years. US companies would have lost their seat at the table of what will soon be the world’s largest consumer market.

This article has been modified to remove an incorrect reference to Hyundai as a Japanese company.

Peter Vanham is US media head and lead writer at the World Economic Forum.