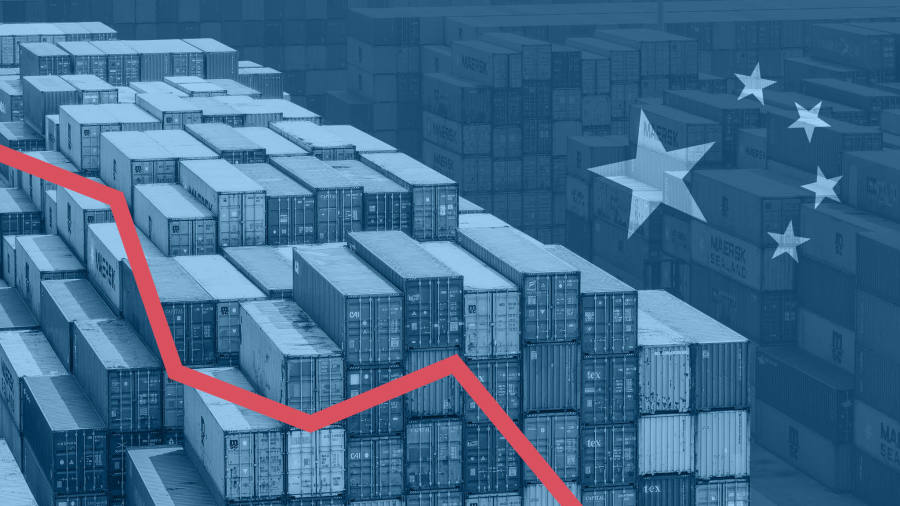 Meanwhile, government bonds and other haven assets rose, as escalating economic tensions between the US and China spurred a rush for safety.

US stocks suffered under the weight of a sell-off in technology shares that fell amid concerns over antitrust scrutiny of industry giants including Alphabet and Facebook, whose shares tumbled 6.1 per cent and 7.5 per cent, respectively. Amazon, down 4.6 per cent, and Apple, down 1 per cent, also contributed to the sector’s losses.

The S&P 500 shed gains seen in morning trade to end 0.3 per cent lower. The communications services sector, which counts Facebook and Google owner Alphabet among its members, slipped 2.8 per cent. The information technology sector was down 1.8 per cent.

The Nasdaq Composite retreated 1.6 per cent, leaving the tech-heavy index more than 10 per cent below its recent peak on May 3 and past the threshold that defines a technical correction.

Outside of tech, most other sectors fared well, and the blue-chip Dow Jones Industrial Average closed fractionally higher. Eight of the S&P’s 11 sectors ended the session in positive territory, led by materials, energy and consumer staples. Consumer discretionary names were the only others to post red ink.

Global stocks suffered their worst month of the year in May as trade tensions amplified global growth concerns, sending investors piling into the government bond market. US sovereign bonds continued their rally on Monday, with 10-year Treasury yields falling below 2.1 per cent for the first time since 2017.

The yield on the two-year Treasury, which is more sensitive to monetary policy, shed 9.6 basis points to 1.8477 per cent as St Louis Fed president James Bullard said a cut to interest rates “may be warranted soon” given trade risks and muted inflation in the US.

China stepped up its counter-offensive in the trade conflict over the weekend, announcing it would establish a blacklist of foreign companies that harm the interest of Chinese groups, while separately state media reported that Beijing was investigating FedEx.

“The series of actions over the weekend means that China’s ‘long march’ has begun,” said Iris Pang, economist on Greater China for ING. “We take this seriously. It means that the trade war has not only become a technology war but also a broad-based business war.”

On Monday, the stand-off spilled into other sectors, as China’s Ministry of Education issued a warning to students and scholars who plan to visit the US.

However, market sentiment improved in Europe overall. The continent-wide Stoxx 600 recovered from earlier losses to trade 0.4 per cent higher. Germany’s Dax rose 0.6 per cent, and the FTSE 100 was up 0.3 per cent.

Japan’s Topix was down 0.9 per cent to its lowest level since the start of January, while Australia’s S&P/ASX 200 shed 1.2 per cent.

Concerns over trade tensions spread beyond equities markets. The yen, which is seen as a haven in times of uncertainty, touched its strongest level against the dollar since mid-January, and gold climbed 1.5 per cent to hit a three-month high.