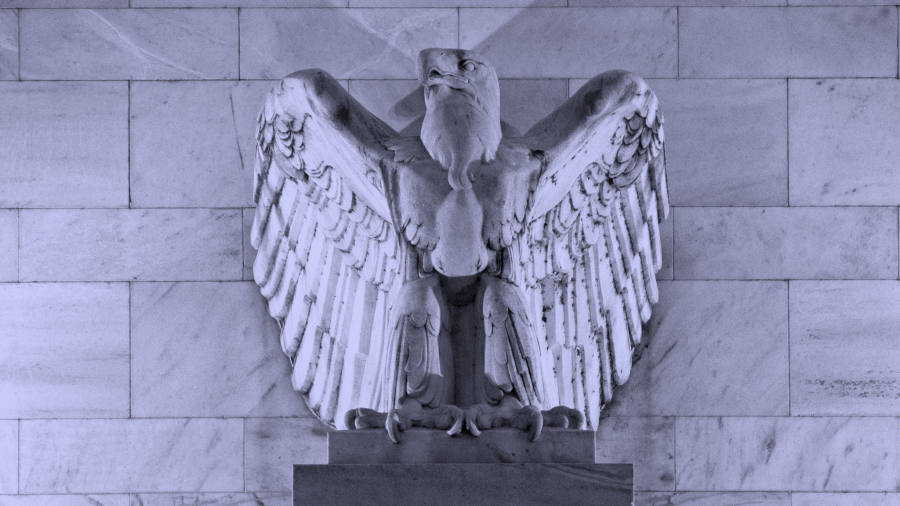 Wall Street slipped for the first time in four days, following the lead from global stocks that fell as investors weighed up the prospect of fiscal stimulus from some of the world’s biggest economies, while Italian assets were back in focus as prime minister Giuseppe Conte announced his intent to resign.

The S&P 500 snapped a three-day winning streak as it closed 0.8 per cent lower, near session lows. The Nasdaq Composite shed 0.7 per cent. In Europe, the Stoxx Europe 600 reversed earlier gains to fall 0.7 per cent. Government bonds rallied, sending yields lower.

Investors are looking ahead to a meeting of global central bankers in Jackson Hole, Wyoming, starting on Thursday, against a background of rising fears over slowing global growth, for any signs of new stimulus measures. The Federal Reserve is also due on Wednesday to release minutes from its most recent policy meeting.

The US president has increased his long-running pressure on the Fed to take dramatic policy action in the face of a slowing global economy, demanding a 100 basis point rate cut and “perhaps some quantitative easing as well” in a tweet.

Speculation is increasing that governments will again turn to large-scale stimulus to support their economies. The German government is preparing fiscal stimulus measures to shore up Europe’s biggest economy should it fall into a severe recession, it was reported.

Italy’s FTSE MIB index lagged behind its European peers, falling 1.1 per cent, as the country’s populist coalition government teeters on the brink of collapse.

The rightwing League party, headed by deputy prime minister Matteo Salvini, had called for a vote of no confidence in Mr Conte and is agitating for early elections as coalition tensions have left the populist alliance at breaking point.

The political path forward is complicated, but Rabobank strategists said “a snap general election — more than three years early — could possibly come at the end of October”.

In currency markets, the pound fell back below $1.21 after the EU firmly rejected Boris Johnson’s demand to remove the Irish backstop from a Brexit divorce deal. Sterling later recovered, rising 0.3 per cent to $1.2167.