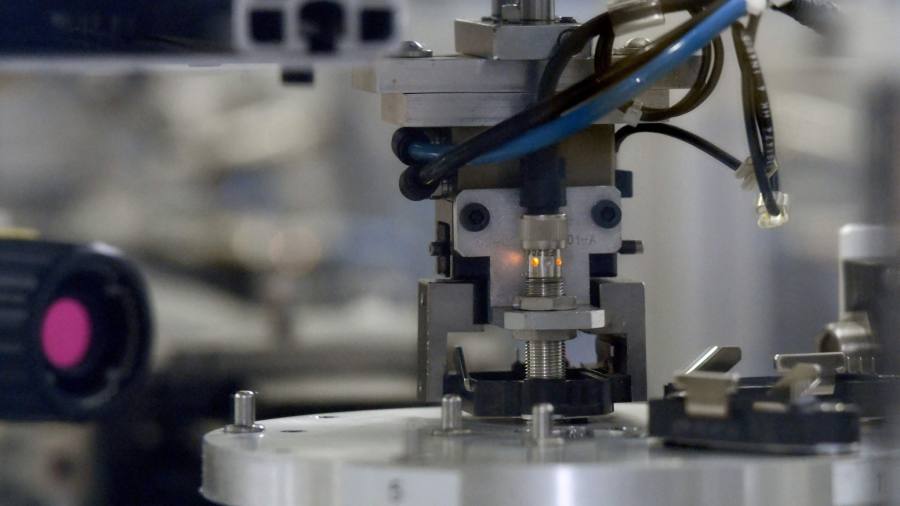 Valeo, one of the world’s largest car parts suppliers, believes China’s car market has bottomed out after a slump that has cast a shadow over the global industry and dented profits of many manufacturers.

Jacques Aschenbroich, the French group’s chief executive, warned there may be more redundancies to come in Europe, where several components suppliers have slashed jobs and closed factories because of flagging demand and the need to invest in electrification.

Ahead of laying out new financial targets to investors on Tuesday, Mr Aschenbroich gave a positive outlook for Valeo, whose share price sank last year in the wake of two profit warnings.

“For us, China is clearly picking up again,” he told the Financial Times. “We have reached the bottom and we are clearly going up.”

China, the world’s biggest car market, has proved an important engine of earnings for many western carmakers. However, a contraction in 2018 ended almost three decades of uninterrupted sales growth, with weaker demand compounded by the impact of the trade war with the US.

Valeo, which supplies everything from engine components to headlamps and electronic driver-assistance systems, bucked the decline in China in the third quarter with a 5 per cent rise in like-for-like original equipment sales. It also said it had outperformed the sector, recording a rise in production despite the industry’s global slump.

Mr Aschenbroich was sanguine about prospects in North America, saying “the biggest question mark” was in Europe. Carmakers and their suppliers across the continent have launched drastic plans to slash costs, as strict EU carbon-emissions regulations force them to accelerate electric vehicle production.

German groups Daimler, the owner of Mercedes-Benz, and Volkswagen brand Audi are cutting 20,000 roles, while parts producer Continental has revealed that thousands of positions are at risk.

Mr Aschenbroich said there could be further job losses in Europe but declined to give details of possible cost savings at Valeo.

“If we’re in the worst-case scenario with the market, we’ll have to do more,” he said. “But anyway, we have to adapt.”

The Paris-based company will attempt to convince investors it is on the road to recovery having invested heavily in technology it says will boost revenues.

While the stock has gained 44 per cent this year, it is still trading below the level before its initial earnings downgrade.

By 2022 Valeo wants to increase profit margins as measured by earnings before interest, taxes, depreciation and amortisation to 15 per cent from 12.6 per cent last year.