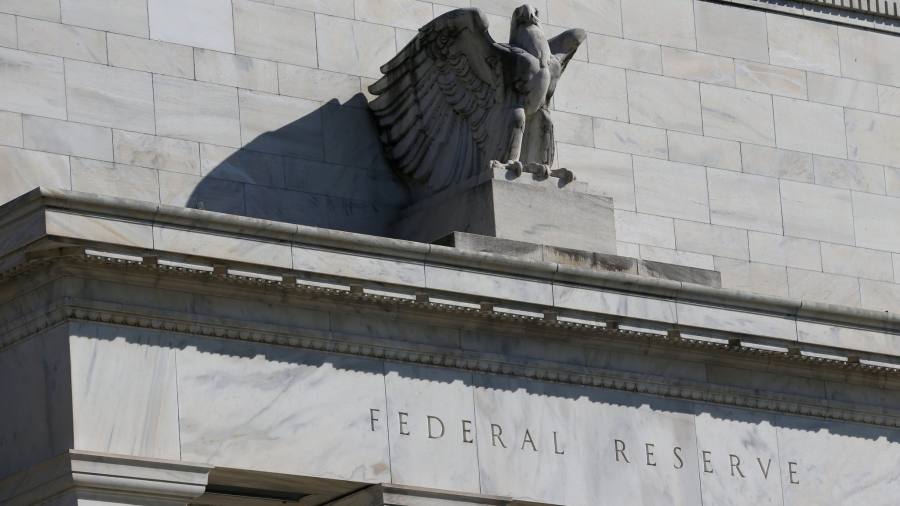 US stocks and government bonds climbed on Wednesday after the Federal Reserve adopted a more dovish stance on interest rates, a day after a signal of more potential stimulus from the European Central Bank sparked one of the strongest global rallies of the year.

The Fed left rates unchanged following its two-day policy meeting but now forecasts a rate cut in 2020, saying it would monitor incoming data and “act as appropriate to sustain the expansion”. In March, officials had anticipated raising rates once next year.

Candice Bangsund, vice-president and portfolio manager at Fiera Capital, said the Fed “placated the doves” by adopting an increasingly cautious stance amid trade tensions and ahead of next week’s planned meeting between President Donald Trump and his Chinese counterpart, Xi Jinping.

“While indeed refraining from appeasing the markets and reducing rates, the Fed softened the blow somewhat and provided a sense of calm by pledging both its willingness and readiness to act if needed in order to sustain future expansion,” Ms Bangsund added.

The S&P 500, which had been mostly flat ahead of the announcement, was up 0.3 per cent — pushing the benchmark closer to its record closing high touched in April. The tech-heavy Nasdaq Composite advanced 0.4 per cent.

US Treasuries rallied, sending yields lower. The yield on the benchmark 10-year US Treasury erased an earlier climb to hit 2.0336 per cent, down 2.4 basis points. The two-year yield, which is more sensitive to monetary policy changes, sank 11 basis points to 1.7515 per cent.

The index tracking the dollar nursed a 0.4 per cent loss.

The Europe-wide Stoxx 600 held near the six-week high it hit during the previous session, while the euro rose 0.4 per cent to $1.1235, bouncing up off its lowest reading for 11 trading days.

Mario Draghi, the ECB president, set the tone for the trading pattern on Tuesday when he said that the eurozone’s €2.6tn quantitative easing programme could be restarted if currency bloc’s inflation outlook does not improve.

Frankfurt’s Xetra Dax 30 ticked down 0.2 per cent after rising 2 per cent on Tuesday, in what was its biggest one-day advance since January 18. London’s FTSE 100 fell 0.5 per cent.

Confirmation from Mr Trump that he would hold a meeting with his Chinese counterpart Xi Jinping at the G20 summit in Osaka next week also helped the mood. Hopes were high that such a high-level meeting could produce a breakthrough in the long-running dispute.

Hong Kong’s Hang Seng rose 2.6 per cent in one of its strongest days of the calendar year. Mainland China’s CSI 300 added 1.3 per cent. Australia’s S&P ASX 200 ended at its highest level since the financial crisis, up 1.2 per cent.