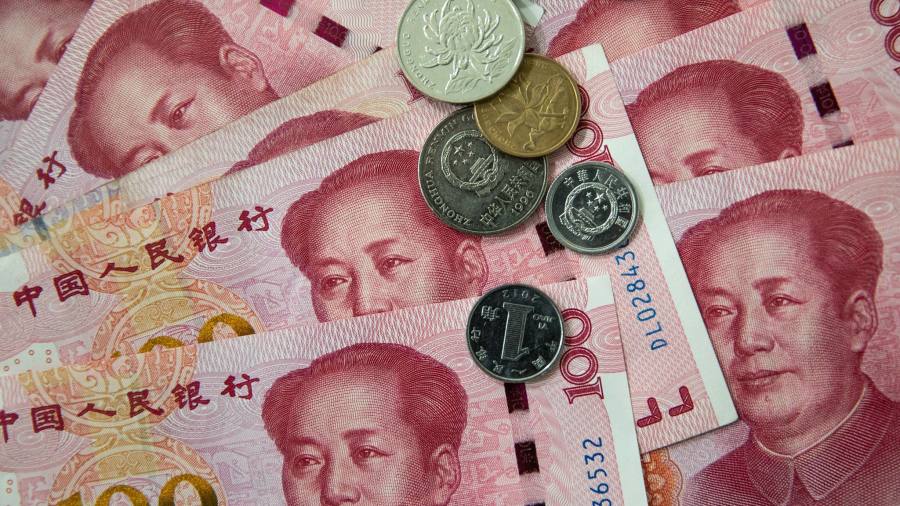 Street protests in Hong Kong at the weekend were mercifully peaceful despite rising tensions between Asia’s leading financial hub and the authorities in Beijing.

But the absence of clashes between protesters and police after 10 weeks of sometimes violent demonstrations will do little to calm the nerves of investors. They face radical uncertainty on at least two fronts: how China’s authorities will react to Hong Kong’s political crisis, and how the trade war between China and the US will play out given US president Donald Trump’s yo-yo-like alternation between confrontation and conciliation.

Deriving from those uncertainties is a third unknown: the future path of the renminbi after its break this month below the key threshold of Rmb7 to the US dollar. Any further fall in the renminbi’s value is a threat to Chinese households, investors and corporate borrowers — by far the biggest issuers of foreign currency bonds from emerging markets this year. It is also a threat to investors across the emerging world, as the currencies of China’s trading partners fall in tandem.

A weakening renminbi is also likely to trigger capital flight from China. If such flows became significant, they would add to pressure on the currency. Signs are emerging that outflows from the mainland may indeed be gathering pace.

Beijing has waged war on such outflows since a shock devaluation of the renminbi in August 2015. It has largely succeeded in holding its foreign exchange reserves stable at about $3tn.

Indeed, the most recently available monthly data suggest there was only a minimal reduction in China’s reserves in July, after capital outflows of $21bn in the first quarter and $85bn in the second.

Tommy Wu, senior economist at Oxford Economics in Hong Kong, said this might reflect expectations among wealthy Chinese and other investors that Beijing will hold the renminbi close to its current level rather than allowing any significant devaluation.

However, he added, such monthly data gave only an incomplete picture. For a fuller understanding, investors have to wait up to three months for quarterly balance of payments data.

Since 2015, China’s BoP data have shown significant outflows in the form of “errors and omissions”, a catch-all term for largely unexplained differences between reported flows and the end-of-period capital position.

In the first quarter of this year, the most recent quarter for which a full breakdown is available, there was also a significant outflow in the “other investment” line of the BoP, another catch-all, largely for bank-intermediated flows such as loans and trade finance. This showed that non-resident investors withdrew more than $28bn from China in the first quarter — the first such outflow since the first quarter of 2016.

Robin Brooks, chief economist at the Institute of International Finance, said such behaviour in the past had clearly correlated with expectations of a weaker renminbi.

“If there is a canary in the coal mine, it’s that flow,” he said.

13: Activities in Internet Dating. From Chicken Soup when it comes to Soul: Real Love