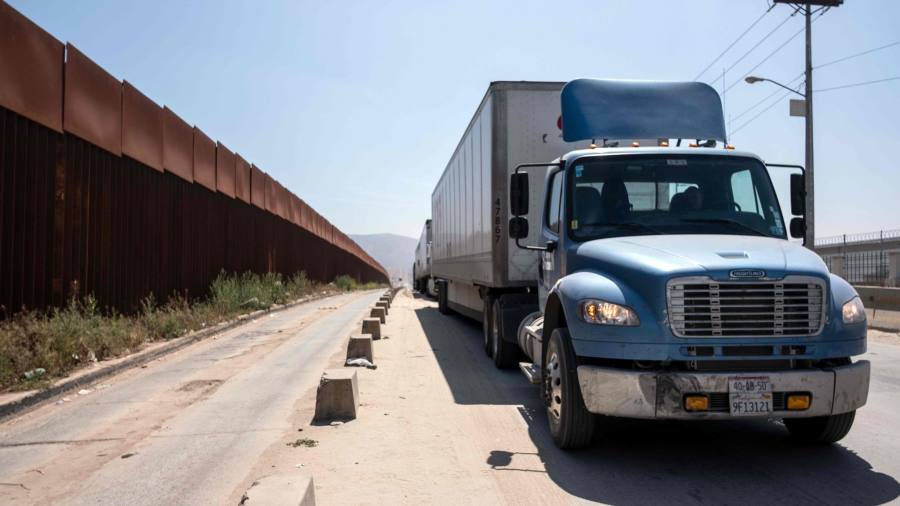 The health of the global economy will once again be in focus next week, as the US eyes new tariffs on Mexico in a spat over border security and China releases a fresh batch of economic readings.

Here’s what to watch in the coming week.

President Donald Trump opened another front in his global trade battle when he threatened to slap Mexico with escalating import duties, seeking concessions from the US’s southern neighbour to curb illegal immigration.

Trump administration officials including US vice-president Mike Pence have held talks at the White House this week, and there are signs that Mr Trump could delay the tariffs, possibly over the weekend, if those negotiations yield progress. The first round of the tariffs, a 5 per cent levy on all Mexican goods, is scheduled to take effect on June 10.

The row with Mexico comes as the US and China seek to jump-start trade talks that largely stalled last month when the two nations exchanged another round of tariffs, deepening their trade dispute. Mr Trump is also pushing Congress to approve a trade pact reached with Mexico and Canada last year.

“Fears of further action have pushed markets to price in over four rate cuts by the end of 2020. While we think these expectations may be slightly overblown, we see risks facing the US economy are clearly building,” ING economists wrote. “For the time being though, the economic fundamentals look fairly solid.”

China is due to release reports on consumer and producer prices for May, as well as industrial production, retail sales and trade.

“The combined April-May data will be a good gauge of GDP growth in the current quarter and will be scrutinised for clues about the impact of the ongoing trade war with the US. The economy seems to be experiencing only tremors right now and growth appears to be holding up, as in the first quarter of the year,” ING said.

In the US, investors will have data on producer and consumer prices, retail sales and industrial production to parse. Other key reports include UK GDP and jobs, Canadian housing starts and Japanese GDP, and Turkey’s central bank has a rate decision on tap.

The contest to be the next Conservative party leader will begin in earnest next week.

Investors are closely following developments in the race to succeed Theresa May, who formally resigned as prime minister on Friday after failing to get her Brexit deal passed. The next prime minister will be responsible for overseeing the UK’s delayed departure from the EU.

Nearly a dozen MPs have entered the race, with Boris Johnson, Michael Gove and Jeremy Hunt receiving the most support thus far among their Conservative peers. The party plans to begin a series of votes on June 13. Voting is expected to conclude during the week of July 22.

The 2019 Fifa Women’s World Cup kicked off on Friday with an opening match between France and South Korea. The group stage will continue next week. The defending champion US national team is set to play its first match on June 11 against Thailand. England opens against Scotland on June 9.

Fans have purchased more than 720,000 tickets to attend the matches in France. The tournament is projected to attract a record television audience of around 1bn viewers.

Also in the sports world, the US Open — golf’s third major tournament of the year — will tee off Thursday at Pebble Beach in California.