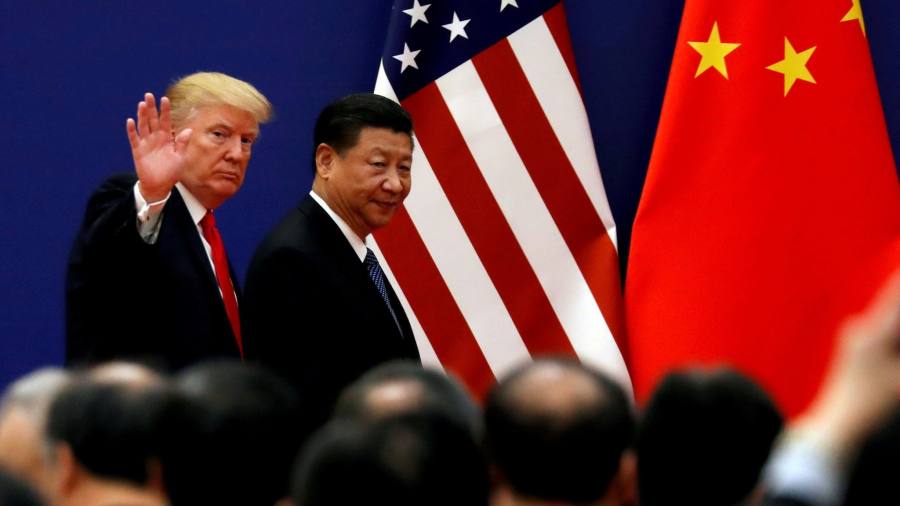 Investors are hoping a highly anticipated meeting next week between President Donald Trump and his Chinese counterpart, Xi Jinping, will lead to a breakthrough in contentious trade negotiations between the world’s two most important economies.

A line-up of Federal Reserve speakers, fresh economic data and a SpaceX rocket launch will also draw attention in the coming week. Here’s what to watch.

Geopolitical tensions have taken centre stage for investors in recent days, with Iran’s downing of a US drone driving oil prices higher amid worries of a growing conflict.

Add global trade back into the mix next week as Mr Trump and Mr Xi meet on the sidelines of the G20 summit in Japan.

Mr Trump announced earlier in the week that he would hold an “extended meeting” with Mr Xi in Japan and that officials on both sides would jump-start negotiations ahead of time. US vice-president Mike Pence said Friday there were signs of progress in talks with China, further raising hopes of a breakthrough. The two-day G20 summit begins June 28.

The talks will come amid a standing threat by Mr Trump to slap tariffs on another $300bn in Chinese goods if Washington and Beijing can’t come to terms on a deal. Negotiations stalled in May, with the US and China exchanging a fresh round of tariffs.

Meanwhile, Nato defence ministers including Mark Esper, recently named by Mr Trump as acting head of the Pentagon, will begin a regularly scheduled meeting on June 26 in Brussels amid escalating tensions with Iran.

Also top of mind for investors is the Federal Reserve, which signalled this week that it could lower interest rates to counter economic uncertainties and soft inflation growth.

Next week, several officials from the US central bank are scheduled to speak. The list is headlined by Fed chair Jay Powell, who will discuss the US economy during an event at the Council on Foreign Relations in New York on June 25.

John Williams, president of the New York Fed, and St Louis Fed president James Bullard are both also due to speak that day. Mr Bullard was the lone dissenter in the Fed’s vote this week to hold rates firm, saying he preferred to lower the policy committee’s target rate by a quarter percentage point.

Coupled with potential stimulus from the European Central Bank, the Fed’s dovish shift lifted global sentiment and drove the S&P 500 to a record closing high on Thursday. Mr Powell said many participants on the policy committee see a stronger case for rate cuts, coinciding with rising concerns over the impact of the US-China trade spat and mixed data on the US economy.

The second round of the Fed’s bank stress tests are due out on June 27. The Comprehensive Capital Analysis and Review will determine whether banks can increase dividends and stock buybacks.

Investors will get fresh insight into the health of the US housing market next week through reports on new-home sales, home prices and pending home sales.

The calendar also features reports on durable goods orders and international trade, plus a final reading on first-quarter gross domestic product (GDP). The US commerce department has estimated that the economy grew at a 3.1 per cent pace. Canada and the UK will have data on economic growth as well.

SpaceX, the rocket company founded by Tesla chief executive Elon Musk, is scheduled to launch two dozen satellites into space on June 24 as part of the US Department of Defence’s Space Test Program 2.

Mr Musk tweeted that it will be SpaceX’s “most difficult launch ever”. The Falcon Heavy has participated in two prior launches, but next week’s launch will be its first for the US military. It will also mark the first night-time launch for the massive 230-foot-tall rocket.

Nasa will stream the event live on its website. Lift-off from Kennedy Space Center in Florida is expected at 11:30pm ET.