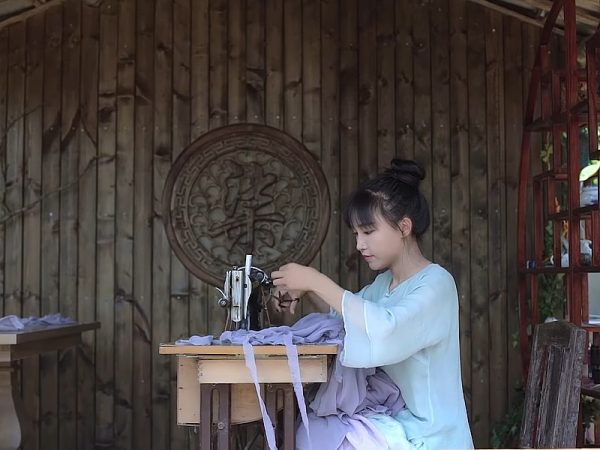 According to Joseph Nye, who coined the term “soft power,” China suffers a soft power deficit for two main reasons – first, the promotion of nationalism, which propels an assertive approach to conflicts and antagonizes foreign audiences; and second, China’s soft power does not derive from civil society but from government sources, which lack credibility. And China’s leaders, as China expert David Shambaugh puts it, “basically have taken their domestic propaganda template and tried to go global with it.” Chinese state media usually favor covering grandiose achievements in the country’s modernization or engage in “discourse wars” with the West by pushing grand official narratives to counter criticisms.

On the contrary, individual content creators like Li are sensitive to viewer perceptions and present a softer, diversified, and apolitical side of Chinese society that better connects with international audiences. With China’s booming cyber celebrity economy, other influential internet names like Ms. Yeah and Shyo have already made a presence on international media platforms with millions of fans. Their success implies that China could tap into this vast pool of talented cyber celebrities to generate soft power for the country – in fact, this may have already started.

Xi Jinping has called for improved international communication “to tell China’s stories well, present a true, multidimensional, and panoramic view of China, and enhance our country’s cultural soft power.” As the leadership commands a multifaceted, comprehensive, and top-down approach to project soft power, there are now more incentives to co-opt influential soft power resources like internet celebrities into China’s propaganda machine. It was reported that the Communist Youth League organizations recently employed Li as its ambassador. Such attempts may have begun as early as 2014, when the Communist Youth League laid out a five-year plan to assimilate online opinion leaders that can be “owned and used” by the organization. In 2018, the Communist Youth League organized the “good young netizens” campaign to promote 100 internet celebrities as “role models,” many of which, such as Li Ziqi and CD Rev – a group hired by the CCP to produce China’s patriotic rap songs – were chosen for presenting a positive image of China abroad. Most recently, the Hangzhou Communist Youth League led the establishment of the “Chinese Youth E-commerce Celebrity Village” to incubate internet celebrities.

The difficulty, however, lies in striking a balance between information control and allowing greater leeway for these cyber talents to produce content based on their personal creativity and skills in wooing audiences. The Chinese publicity department has imposed tighter regulations since Xi came to power, and internet celebrities have been more frequently shut down by authorities. One of the biggest names, Yang Kaili, was jailed for singing the national anthem informally in 2018. In most cases, China’s social media platforms and content producers impose “self-censorship” upon themselves to ensure they are allowed to continue content production.

Thus, while these internet celebrities are capable of remaining vibrant in China’s domestic market, they may be pressured with greater demands from the publicity department in the international market since the responsibility of promoting China’s image abroad is still primarily seen as the government’s domain. While many internet celebrities earned global recognition by producing lighthearted, apolitical content and quirky memes that resonate with global audiences, the publicity department has demanded that public opinion figures have “heart and morality” that align with the Party. Celebrities were pressured to affirm “One China” and cut ties with brands that suggest otherwise during the Hong Kong protests. Making things more difficult, internet celebrities’ content production is largely dominated by agencies who are vigilant about straying from the Party’s political line. Taiwanese internet celebrity Potter King had his contract terminated by Papitube – an internet celebrity agency founded by leading internet celebrity “Papi Jiang” – after he shared a screen with Taiwan’s Tsai Ing-wen and addressed her as “president.”

The other difficulty lies in the increasing nationalism, which also prompts Chinese internet celebrities to display their patriotism, either out of genuine love for China – as shown in the voluntary video posts of the patriotic song “My People, My Country” during the PRC’s 70th anniversary – or out of the consideration that taking a nationalist position garners support and avoids criticism for lacking patriotism.

China’s emerging pool of talented internet celebrities may have the potential to become the most potent channel to promote the country, especially in times when China’s international image has plummeted. The difficulty lies in whether the Chinese bureaucracy can hold off on using carrot and sticks to weed out internet celebrities they deem politically “inadequate” and avoid turning these talents into Party mouthpieces incompatible with a multicultural and multivalued international society. As the popularity of giant pandas has shown, it’s the apolitical side of China that gets worldwide appreciation.