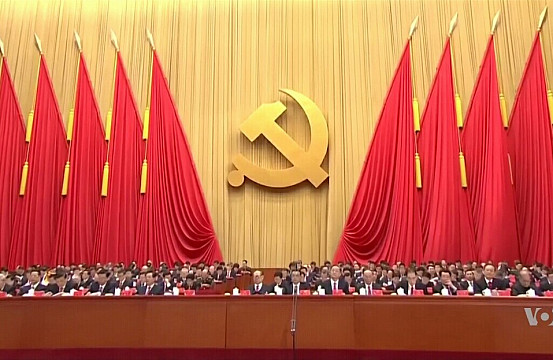 “Party, government, military, civilian, and academic; east, west, south, north, and center, the Party leads everything.” So declared the Chinese Communist Party (CCP) after its 19th National Congress in October 2017. While more attention was paid to CCP General Secretary and Chinese President Xi Jinping’s enshrinement in the Party constitution at the same meeting, the return to a Mao-era mantra of absolute CCP control was even more telling about the Party’s vision for China going forward.

Under Deng Xiaoping, the CCP limited its leadership “mainly” to “politics, ideology, and the organization.” There was more of an effort to separate out Party and state functions, although in practice of course the division was strictly limited. Since the 1990s, the top posts of Party and state have been held by the same individual, and it’s no secret that the CCP’s Politburo Standing Committee is the real nexus of power in China.

Now under Xi, the trend toward some, albeit limited, separation of Party and state was reversed. Xi has made it his central mission to consolidate CCP control once again, and not only over the state apparatus but over every sector from entertainment and technology to religion and education. And Xi and the CCP still want more.

The third plenary session of the CCP Central Committee, held in March 2018, concluded that “the current function and structure of Party and state institutions are not completely suitable … for modernizing China’s system and capacity for governance.” The solution? “To carry out the reform, it is essential to take strengthening the Party’s overall leadership as the overarching principle…”

To that end, the plenum communique recommended “promoting coordinated actions and resultant forces among the people’s congresses, governments, political advisory bodies, and supervisory, judicial and prosecutorial organs, people’s organizations, enterprises, public institutions, and social organizations under the unified leadership of the CPC” (using the acronym for the Communist Party of China). All reforms to China’s legislative, advisory, and judicial bodies were first and foremost aimed to “strengthen the CPC leadership” so that “orders are executed without fail.”

On July 5, Xi spoke before a meeting of Chinese Party leaders, military leaders, and bureaucrats to evaluate the progress made on the 2018 plenum’s goals. Xi noted that implementation has been largely effective: “the reform has systematically enhanced the Party’s leadership.”

“In just over a year, the tasks of reform laid out at the third plenary session of the 19th CPC Central Committee have been accomplished on the whole,” Xi declared.

That makes for an interesting comparison with the third plenary session of the 18th CCP Central Committee, held back in 2013. That session’s communique, which laid out a blueprint for economic reform and opening, remains largely unfulfilled nearly six years after the fact. The contrast is a clear sign of where Xi’s priorities lie.

Despite expressing general satisfaction with the political reforms to date, Xi listed “priorities for the future,” including “To perfect the system through which the Party exercises leadership over major tasks and to strictly enforce political discipline and rules” and “To enhance the coordination between Party and government institutions.”

On July 9, just a few days later, Xi attended yet another meeting to drive home the importance of CCP leadership, this time focusing on the importance of Party building in CCP and state institutions alike. Central institutions “should actively respond to what the CPC Central Committee advocates, implement what it decides, and stop what it forbids,” Xi said, according to Xinhua.

It’s clear that Xi’s determination to expand CCP leadership remains intact; it’s also clear, however, that this is a work in progress – thus the need for repeated meetings stressing the importance of obedience to central Party leadership.