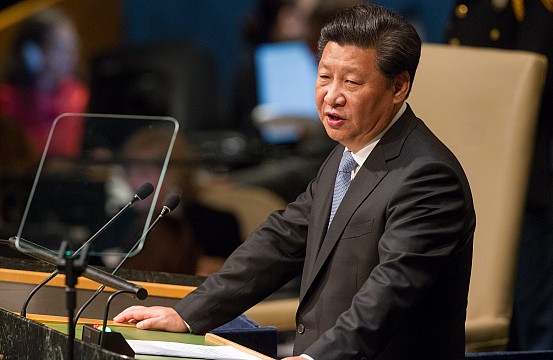 China’s Foreign Ministry confirmed on Sunday that President Xi Jinping is headed to Osaka, Japan from June 27 to June 29 to attend the G-20 Summit. While further details on Xi’s agenda remain unknown, there is much speculation about the potential sideline meetings.

All eyes will be on what transpires during a planned sit-down between China’s Xi and U.S. President Donald Trump and whether a breakthrough can be made in trade negotiations. The two countries have been bitterly engaged in a trade war, imposing sweeping tit-for-tat and retaliatory measures on one another worth billions of dollars since 2018. Interestingly, a speech on China policy to be given this week by U.S. Vice President Mike Pence was postponed, with the White House citing progress on the trade front. The speech, reportedly expected to address China’s human rights record, was likely to have served as a sequel to Pence’s October speech at the D.C.-based Hudson Institute in which the U.S. vice president criticized Beijing’s political, economic, and military policies.

For additional context, Xi Jinping also made a visit to Pyongyang earlier this week, his first since taking office, to meet with North Korea’s Kim Jong Un. The meeting has been described as a means to signal China’s consequential role vis-a-vis the Korean Peninsula. Others have also suggested that Xi’s meetings with Kim were designed to bolster Xi’s leverage in subsequent talks with the United States.

Beyond the long shadow cast by the strain of U.S.-China relations at the Osaka Summit, Xi’s visit to Japan is also significant in its own right for Sino-Japanese ties. This will mark Xi’s first visit to Japan as president and the first visit by a Chinese head of state since 2010. Over the course of the past year, relations between Beijing and Tokyo appear to be thawing. Ahead of the G-20 kick off, Xi and Japanese Prime Minister Shinzo Abe are expected to meet and the two countries are also are anticipated to agree to joint cooperation on giant panda breeding research; giant pandas have long served as a symbol of friendship for China.

Xi will also meet with South Korean President Moon Jae-in. Reports suggest that Moon is looking to make progress on North Korean denuclearization. He is also expected to ask China to hold off imposing measures against Korean companies complying with the U.S. blacklisting of Huawei. South Korea is hoping to balance ties with its security ally, the United States, and China, its largest trading partner. Last month, Huawei quietly opened a lab in Seoul, its first international open 5G services development center.

Earlier this month, Canadian Prime Minister Justin Trudeau expressed an interest in speaking with Xi in Osaka, though whether he can successfully secure a meeting is unclear. Canada-China relations have suffered since Canadian authorities arrested Meng Wanzhou, Huawei’s chief financial officer and daughter of the Chinese firm’s co-founder, in December 2018 on a U.S.-issued warrant. In apparent retaliation, China detained and then arrested two Canadians for endangering national security, though the circumstances of their detention are far more opaque than Meng’s house arrest as she seeks to fight extradition to the United States.

Trilateral meetings are also held on the G-20 sidelines. At the Shanghai Cooperation Organization Summit earlier this month in Bishek, Indian Prime Minister Narendra Modi discussed holding a trilateral with China and Russia while in Japan. Modi is also expected to meet with Xi one-on-one.

Summits of this variety create a forum for discussion between the world’s top economies primarily on issues threatening the global economy and financial stability. However, many significant developments take place outside the formal agenda of G-20 gatherings. Xi will have a busy few days while in Japan meeting with a handful of partners seeking to maintain a steady positive trajectory or rather to address and overcome challenges with China. At the very least, these exchanges may help foster positive personal relationships that sometimes hold the key to moving past more entrenched and systemic political obstacles.