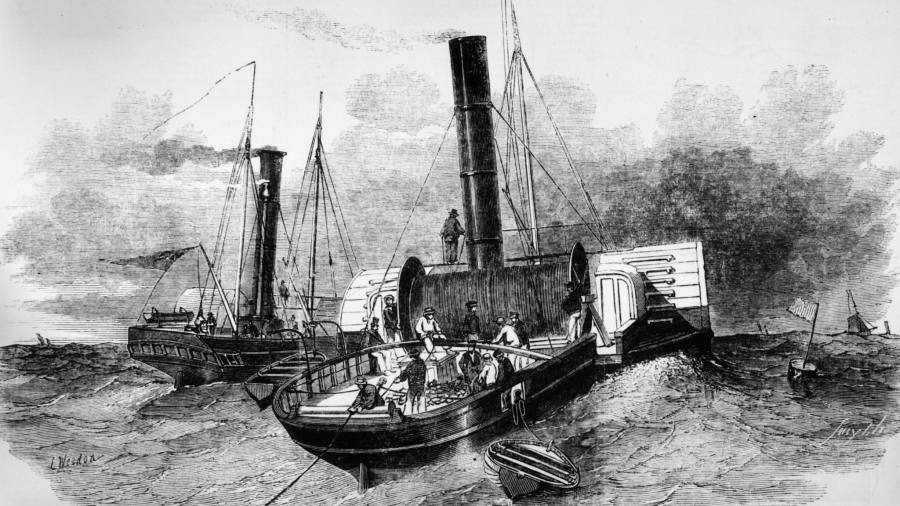 Last week in London, US secretary of state Mike Pompeo warned against China’s global ambitions and suggested that Margaret Thatcher would not have allowed Huawei into Britain’s 5G networks. He could also have pointed to Britain’s imperial past, which China is literally retracing today.

Even as Huawei faces resistance in western airwaves, it is racing ahead under the world’s seas. Undersea cables carry 95 per cent of all international data, and Huawei is building or improving nearly 100 of them. One flagship project is the Pakistan East Africa Cable Express, or Peace, which is slated to become the shortest route for high-speed internet traffic between Asia and Africa.

A century and a half ago, Britain was wrapping the world with telegraph cables, including one through Gwadar, the same port town in Pakistan where the Peace cable begins. Today, China operates Gwadar’s port, which is part of the China-Pakistan Economic Corridor. Many expect it will become a Chinese naval facility in the coming years.

At first, Britain’s motives were mainly commercial. Its companies laid the first submarine cables in the 1850s, and their innovative materials and cable-laying techniques dominated the market. Britain’s largest telegraph company manufactured two-thirds of the cables used during the 19th century and almost half thereafter.

But strategic concerns eventually took hold. At the close of the 19th century, the British government began developing a smaller system of cables touching only Britain and its possessions.

As this network of “All Red” routes expanded, the British treasury opposed some projects on economic grounds. But it was largely outmanoeuvred by British defence agencies, which “developed a virtual fetish” for the routes, as the historian Paul Kennedy writes.

When the first world war erupted, those investments proved prescient. The British were better prepared than anyone to maintain communications among their forces while monitoring and disrupting enemy communications.

The key was not only British ownership of cables, but its unrivalled technical expertise, which was harnessed to cut enemy lines at the war’s outset. For some German officials, the guns of August were followed by a deathly silence.

China is not only following in Britain’s footsteps, but climbing on to its shoulders. The company that owns the Peace cable, Huawei Marine Networks, is a joint venture between Huawei and the British firm Global Marine Systems, a successor of the firm that installed the first transatlantic telegraph cable in 1866. Through partnerships like these, China gains critical knowledge while dangling the promise of access to its large domestic market.

China’s digital silk road is where President Xi Jinping’s two signature policies meet. Made in China 2025 is aggressively expanding China’s high-tech industries with state subsidies and ambitious targets, including capturing 60 per cent of the world’s fibre optic communications market. Promising to invest $1tn in infrastructure beyond its borders, China’s Belt and Road Initiative is an avenue for Chinese companies to expand into foreign markets and reach these targets.

China’s infrastructure push would be less threatening if its government were more focused on increasing connectivity than asserting control. At home, it leverages new technology to censor and track its own citizens, turning smart cities into surveillance cities. Democracies are appalled, but authoritarian leaders are intrigued. The Peace cable’s stops in Asia and Africa are all rated “partly free” or “not free” by Freedom House.

Yet history suggests that China’s digital silk road will only run so far. Britain’s vast telegraph network did not only carry colonial commands, but also potent ideas for change. Nationalist movements used these tools in their fights for independence, and even despite censors, Britain’s network became “the means of challenging and undermining the very empire that created it,” as the historian Daniel Headrick writes.

A more enlightened aspect of Britain’s experience also holds a lesson. During the global telegraph race, unlike most countries, Britain granted rights for landing cables on its territory without restrictions. Far from weakening its companies, this helped turn London into the global communications and financial hub it remains today. Ultimately, China’s best answer to suspicions about its activities abroad would be greater openness at home.

Ashley Madison Review – Life Is Brief. Have Actually An Affair.