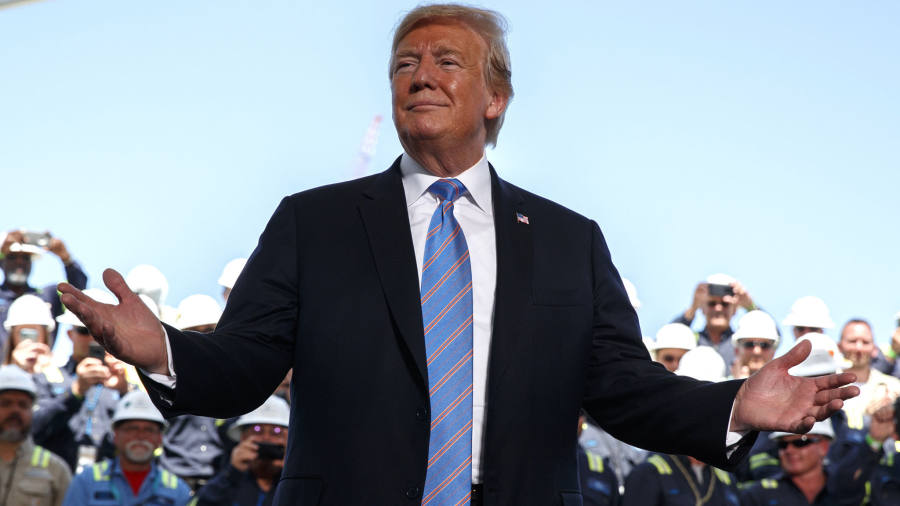 It may be futile to try to predict what motivates Donald Trump on trade policy. For investors, however, it is a painful but necessary task.

This week, Mr Trump appeared to suddenly reverse course on the prospects of a bilateral trade deal with China. Markets, which had expected the deal was close to completion, were shocked and stock prices fell sharply. Instead of imminent agreement, trade tensions escalated, with the threat of a new round of tariffs.

So far, Mr Trump’s trade wars have not had disastrous macroeconomic effects either locally or globally. There is currently a considerable disconnect between the discord around the negotiating table and in the equity markets and, in most cases, what has heretofore happened to the real economy.

This week was a case in point. Data released over the past few days showed US industrial production unexpectedly weak in April, falling by 0.5 per cent against economists’ average expectations of a rise. Retail sales also declined in April. But that weakness followed the biggest one-month rise in retail sales for 18 months in March, and a rapid expansion in overall gross domestic product in the first quarter.

Retail sales also had a bad month in China, where they grew at their slowest pace for nearly 16 years in the 12 months to April. As in the US, industrial production was also weaker than expected. On the other hand, fears of a general collapse in world trade were assuaged with the news that Germany, the export powerhouse of the eurozone and a country that might be expected to suffer from a contraction in cross-border trade, avoided recession with GDP growth of 0.4 per cent in the first quarter.

The fact remains that it is hard to read across from the trade actions taken so far to events in the global economy. However, investors are right to be concerned about the ramping-up of aggressive trade behaviour by the White House. It may be that these mixed bags of backward-looking data simply reflect a lag before the trade war hits growth, not evidence that the shock will fail to arrive at all. It seems scarcely credible that the world trading system could undergo a serious dislocation without some significant effects on GDP as companies switch operations and supply chains have to be rebuilt.

Accordingly, a sense that the global economy is in the hands of policymakers with a casual disregard for the normal operations of trade should undoubtedly make markets react badly. Mr Trump appears to have competing and often contradictory motivations — the net impact of which may shift rapidly — including reducing bilateral deficits, appearing to be tough on China (and other trading partners like the EU and Japan), being regarded as a master dealmaker, keeping stock prices up and, with them, his popularity. Perhaps the most damaging possibility of all is that Mr Trump likes import tariffs for their own sake and believes they are perforce a tax on trading partners and hence necessarily a win for America.

All of this should provide a salutary lesson for investors who were caught out this week, having priced in a US-China deal before it was in the bag. Mr Trump’s actions may not be entirely random, but it pays to assume a wide probability distribution around forecasts of his policy moves. Markets like simple trading rules they can follow, such as tying Mr Trump’s bellicosity to movements in the S&P 500. No such one-dimensional analysis has managed to hold as yet. Barring a substantial change in the president’s temperament, it never will.