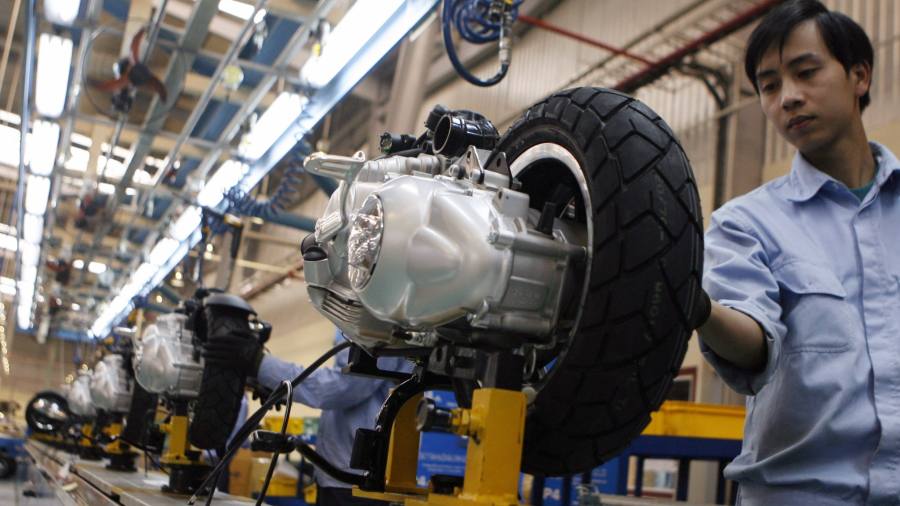 Southeast Asian manufacturing picked up in April, with a leading survey of purchasing managers showing its highest reading in five months, in a sign that the regional slowdown brought on by trade tensions may be moderating.

The Nikkei-Markit manufacturing purchasing managers’ index for Asean countries edged up to 50.4 in April. a five-month high. The gauge had returned to growth in March with a reading of 50.3, above the 50 mark signalling growth in the sector.

Five of the seven countries covered by the survey showed improvements in operating conditions, with Myanmar and Thailand reporting the strongest increases. Singapore and Malaysia continued to report contraction, but the pace of the decline slowed notably for the latter.

“New export orders rose for the first time since last July, albeit at only a fractional pace. This supported the quickest increase in total new orders for seven months, lending some optimism to manufacturers that have been noticeably affected by the ongoing trade war,” said David Owen, economist at IHS Markit.

“With discussions continuing between the US and China, firms will be hopeful that these will lead to reduced pressure from tariffs. Either way, markets in the region appear to be opening up at the start of the second quarter, which could hopefully fuel stronger growth in the months to come.”

US and Chinese negotiators met in Beijing this week, in a round of meetings the US press secretary Sarah Sanders called “productive”. They will meet again in Washington to try to finalise a deal to end the tariff dispute.

The survey found that companies continued to hire more workers, with job creation rising at its fastest pace in 2019.