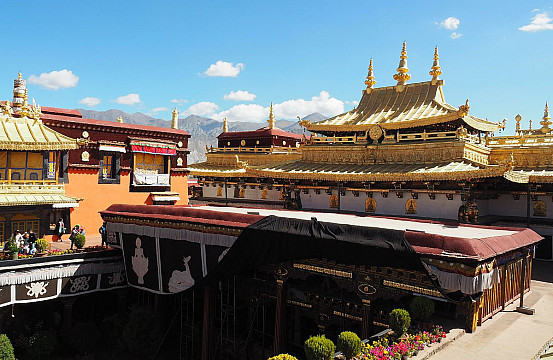 Through May 25, U.S. Ambassador Terry Branstad is on a rare visit to Tibet, the first by a U.S. envoy to the Chinese autonomous region since 2015. His trip includes official meetings and stops at religious and cultural sites in bid to raise concerns about religious freedom restrictions and cultural and linguistic preservation, according to the State Department.

Tibet, geographically on China’s western flank, is a gateway to South Asia, and has been a perennial source of political sensitivity for Beijing. China’s trepidation over foreign influence and the U.S. connection to Tibet is not completely unfounded. Prior to the normalization of China-U.S. relations, the CIA funneled funding to the Dalai Lama — an influential spiritual leader of Tibetan Buddhism now exiled in India — and the Tibetan community to support covert activities against China. The program was canceled as then-President Richard Nixon set off on his landmark trip to Beijing in 1972. Since then, U.S. ties to Tibet have been kept more at an arm’s length, with periodic calls for the upholding of individual rights broadly and the provision of aid to safeguard Tibetan identity. And over the past year, Beijing’s approach to Tibet has attracted less attention in the United States than the Chinese government’s expansive security policies in neighboring Xinjiang, another nominally autonomous ethnic region in China.

The ethno-religious identity and status of Tibetan Buddhists lies at the heart of tensions between central authorities, the local government, and the local population. While the region is administered by the People’s Republic of China, China’s sovereign claim is contested by some groups. Beijing traces is control back to the rule of the Ming and Qing dynasties, and of course a 1951 agreement that declared Tibet’s “peaceful liberation”; others hold that the People’s Liberation Army invaded and occupied the territory. Under Beijing’s administration, religious and other activities are restricted to quell and thwart dissent and uprisings. Although detention centers have been piloted in Xinjiang, Tibet is also subject to heightened cybersurveillance, a repertoire of surveillance and repression by authorities, and the promotion of Han Chinese migration and mixed marriages to the region to bolster “national unity.”

This week’s high-profile U.S. visit in Tibet may be appealing to both Beijing and Washington, albeit for different reasons. Certainly, both are looking to frame their relationship in terms that extend beyond trade disagreements as the latest round of bilateral negotiations crumbles. A successful trip in Beijing’s eyes will highlight the coexistence of Han Chinese and Tibetans, the modernization of Tibet, and initiatives to support Tibetan culture, language, and Buddhism; a stark contrast from Beijing’s policies toward Muslim communities in neighboring Xinjiang. Conversely, for Washington, this trip can be viewed as a move by the Trump administration to demonstrate the U.S. commitment to protecting human rights, a facet of Trump’s foreign policy that has been criticized, notably in the context of U.S.-China relations.

However, it may be hard to disentangle the actual motivations for the Tibet visit. Instead, the Trump administration, frustrated by the state of trade negotiations, may be taking a more instrumental position toward Tibet and using it to indirectly pressure Beijing over a political charged region. Even if the trip is motivated by a desire to raise rights awareness, one visit to Tibet by Branstad is unlikely to overturn criticisms that the Trump administration is reluctant to center human rights issues as a key component of the U.S.-China relationship. This criticism has been voiced both by international rights watchdogs, like Human Rights Watch, and from bipartisan members of the U.S. Congress, frustrated by the executive branch’s slowed actions. Washington, once a pioneer on these issues, has ceded its international leadership role under the current administration in favor of issuing human rights criticisms more selectively.

With respect to Tibet, some have expressed concern that China’s growing international power may have dampened support and narrowed the political space for the “Free Tibet” movement. Still, the United States passed the Reciprocal Access to Tibet Act in late 2018, which would require the U.S. government to punish officials who restrict access to Tibet for U.S. diplomats, journalists, academics, and other citizens traveling to the region. Although the law may unintentionally lead to a dip in visits by Tibetan delegations to the United States, the ratcheting up of pressure may possibly nudge China to review the ways in which it accords access to Tibetan areas.

Nevertheless, it remains to be seen if Tibetans will stand to benefit from the temporary diplomatic spotlight brought by Branstad’s brief tour.